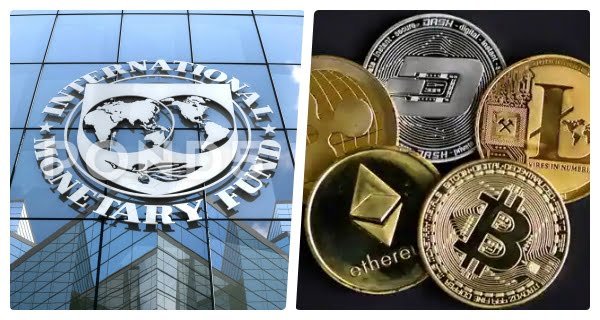 New Delhi: There is always some controversy surrounding cryptocurrencies. From its mining to its use, questions always arise. Now the International Monetary Fund (IMF) has again warned in this matter. The IMF has once again warned countries that adopt cryptocurrency about its dangers.

Global Financial Stability Report
“The adoption of a crypto asset as the main national currency carries significant risks and is an unfair shortcut,” the IMF said in its Global Financial Stability report. The dangers of crypto adoption that the IMF described include “threats to financial stability, financial integrity, consumer protection and the environment at large”.

The report, prepared by a group of the IMF, also warned about the fact that as cryptocurrencies and crypto markets develop and grow, more risk factors will emerge.
This IMF report comes at a time when the Central American country of El Salvador has become the first country in the world to adopt bitcoin as a legal tender. Meanwhile, bitcoin has gained more than 10% in the last week.

cryptocurrency market
The global cryptocurrency market has registered a decline of 1.09 percent in the last 24 hours and is trading at Rs 175.02 lakh crore on Tuesday, 12 October 2021. On the other hand, if we talk about the total crypto market volume, then it is trading at 7,89,409 crores. In this, a decline of 7.92 percent is being recorded in the last 24 hours.

The world’s largest cryptocurrency, Bitcoin, has seen a boom in the last 24 hours. It has seen an increase of 0.84 percent and its market price has reached Rs 44,45,270. It has a share of about 45.58 percent in the cryptocurrency market. Let us tell you that there is a continuous upsurge in bitcoin. On September 21, it had reached $ 40,596. It is worth noting that since October 06, 2021, there is a continuous increase in it.

13/02/2021/9:41:pm
Los Angeles: Actor-Singer Justin Timberlake has apologized to his former female friend Britney Spears for an apology after a dispute over a documentary. This...

06/11/2021/4:36:pm
Mumbai: 10 Kovid positive patients died after a fire broke out in the ICU of a government hospital located in Ahmednagar District Hospital, Maharashtra....

23/01/2021/2:46:pm
New Delhi: The nation pays homage to great freedom fighter Netaji Subhas Chandra Bose on his birth anniversary today. It was on this day...

On January 20, Twitter will hand over the President’s official ‘POTUS’...