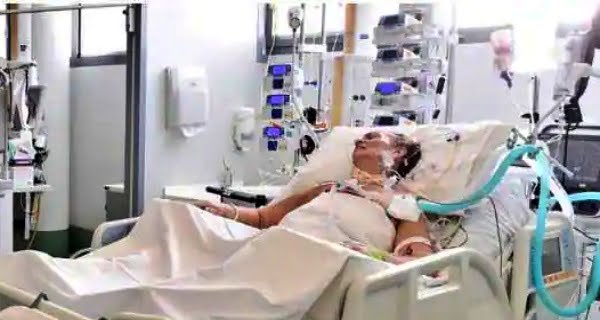 Washington: Despite the high rates of vaccination to protect against COVID-19 in the US. The Intensive Care Unit (ICU) of all the hospitals in the area are overcrowded with patients and there is a shortage of staff. Government employees are requesting non-vaccinated people to get vaccinated, as it is now believed that community immunity will develop only after 90 percent of vaccinations.

Michael Pisiak, the commissioner of the financial regulator that monitors COVID-19 data in the state of Vermont, said, “This is clearly a frustrating situation for all of us. We want children to be safe in school. We want parents not to worry about the health and education of their children.

New England, Vermont, Connecticut, Maine, Rhode Island, and Massachusetts are among the five highest U.S. vaccination targets, according to data from the Associated Press, while New Hampshire is ranked 10th. Despite this, for some reason or the other, hundreds of thousands of people have not been vaccinated and are vulnerable. The head of UMass Memorial Health, the largest health system in central Massachusetts, said the number of regional hospitalizations had increased more than 20 times compared to June, and there were no more ICU beds left.

After the outbreak of the pandemic, Connecticut’s legislature extended the period of emergency powers granted to the governor so that he could more easily counter the new wave of the pandemic. In Vermont, where high vaccinations and hospitalizations were declining, September has proved to be the deadliest month. About 90 patients were admitted to ICU on 22 September in Maine.

Dr. Gretchen Wolpe, a specialist in infectious diseases at the 48-bed York Hospital in Maine, said patients are finding it difficult to get treatment due to the increasing cases of infection from the delta form. Significantly, on Friday, the number of deaths due to the epidemic in America crossed seven lakhs. The southern part of America remains the center of death due to delta-type infection, while cases are also increasing in New England.

11/02/2021/8:27:pm
Islamabad: Pakistan successfully test-fired a surface-to-surface missile capable of penetrating targets up to 450 kilometers. The country has tested the missile for the third...

19/07/2020/7:17:pm
Mumbai: After the death of Bollywood actor Sushant Singh Rajput, everyone is talking about the nepotism going on in the industry. Bollywood actress Kangana...