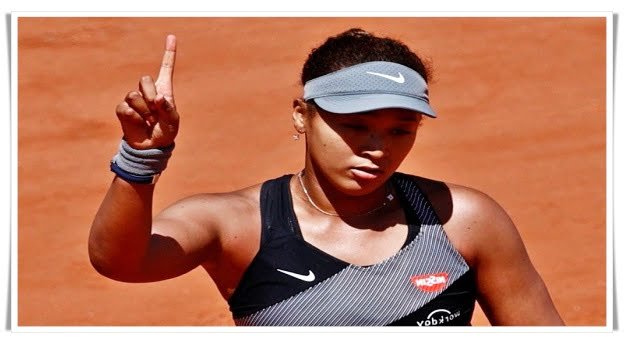 The decision by Naomi Osaka, the 23-year-old, four-time Grand Slam champion and the current women’s tennis world No.2, to quit this year’s French Open has sparked controversy and seemed to hint at unspoken issues in the world of sports. Those backing the Japanese sportscar point out that the issue is not so much about a player having a falling out with the media, of which there have been many instances, as about the need for recognizing the important part mental health plays in sport.

Coming into the French Open, the clay court competition where Osaka hasn’t progressed beyond the third round in three previous attempts, Osaka had tweeted that she wouldn’t attend any post-match press conferences at the event in Paris. Putting mental health front and centre of her decision, she said she has “often felt that people have no regard for athletes mental health and this rings very true whenever I see a press conference or partake in one”.

She clarified that not attending press conferences was “nothing personal to the tournament” but that she was “just not going to” subject herself to such doubt. Talking about players breaking down at such pressers after a loss, she said the situation was akin to “kicking a person while they’re down”.

She said she had a “friendly relationship” with most journalists but added that “if the organizations think that they can just keep saying, ‘do press or you’re gonna be fined’, and continue to ignore the mental health of the athletes… then I just gotta laugh.” She had signed off that tweet saying that she hopes “the considerable amount that I get fined for this will go towards a mental health charity.”

Osaka won her first-round match and, thereafter, as promised, didn’t show up for the post-match presser. That invited a fine of $15,000 from the organizers.

Announcing that fine, the organizers said in a press release that they had reached out to her “to reconsider her position and tried unsuccessfully to speak with her to check on her well-being” and that following a “lack of engagement” by the player, the four slams — Australian Open, French Open, Wimbledon and the US Open — “jointly wrote to her to check on her well-being and offer support”.

The same release added that Osaka would face further action if she continued to ignore her media obligations and “repeat violations [would] attract tougher sanctions”, including expulsion from the tournament and could lead to “more substantial fines and future Grand Slam suspensions”.

It was after this announcement that Osaka withdrew from the tournament. In a note on her decision posted on social media on May 31, she said that while she “never wanted to be a distraction”, she had “suffered long bouts of depression since the US Open in 2018″ (which she won in a dramatic final against Serena Williams).

She said that her decision against attending press conferences was also because she feels that “the rules are quite outdated in parts” and she wanted to “highlight that”.

Players meeting the press is mandated to be a key element of sporting events. Especially when it comes to Grand Slams, “a core element of… regulations is the responsibility of the players to engage with the media, whatever the result of their match, a responsibility which players take for the benefit of the sport, the fans and for themselves”, Roland-Garros had said in the note announcing the fine on Osaka.

Further stressing why such pressers are important to the sport, the note said, “these interactions allow both the players and the media to share their perspective” and that engaging with the media “is a major contributor to the development and growth of our sport and the fan base of individual players”.

But while expressing these views, the Roland-Garros organizers also posted a tweet, now deleted, that seemed to mock Osaka for her decision to not attend press conferences.

The president of the French Tennis Federation, Gilles Moreton, offered a statement following Osaka’s decision to quit, but the irony of the situation was not lost on commentators when he left the media room without taking questions from the press.

“First and foremost, we are sorry and sad for Naomi Osaka. The outcome of Naomi withdrawing from Roland-Garros is unfortunate. We wish her the best and the quickest possible recovery, and we look forward to having Naomi at our Tournament next year,” Moreton said. “We remain very committed to all athletes’ well-being and to continually improving every aspect of players’ experience in our Tournament, including with the media.”

Reacting to her move to quit this year’s French Open, the four Grand Slam tournaments extended their “support and assistance in any way possible as she takes time away from the court”, adding that “she is an exceptional athlete and we look forward to her return as soon as she deems appropriate.”

Players across sports have come out in support of Osaka’s decision to put the focus on mental health. She also found support from officials in Japan and her major sponsors.

Women’s tennis legends Martina Navratilova and Billie Jean King lauded her for taking the step as did Serena and Venus‎ Williams.

Closer home, former India cricketer Mohammad Kaif said, “It is high time we acknowledge the issue of mental health in sports. More so in individual sports. In cricket, a coach or a senior player can be a backup option for a captain but not in tennis. Let’s be sensitive, players in their weak moments should be allowed to avoid the media.”

US basketball star Steph Curry tweeted that Osaka’s move was “impressive… when the powers that be don’t protect their own”. Indeed, Osaka is known to speak her mind and had used her celebrity to bring attention to the Black Lives Matter movement. Last year, she withdrew from the Cincinnati Open in the US in the wake of the Kenosha shooting by police of Jacob Blake. She had tweeted then that, “Before I am an athlete, I am a black woman”.

Then, at the 2020 US Open, she showed up for matches with masks displaying the names of Black victims of police shootings in the US.

The decision to leave French Open was also backed by the sponsors of the tennis star, including Nike, Mastercard, and Nissan. Reuters says Osaka took home $55.2 million in earnings over the past 12 months, a record for a female sportsperson.

Infection in the UK via a new type of Coronavirus, strict lockdown enforced from...

21/12/2020/11:49:am
London: Lockdown has been implemented in the UK with strict restrictions on the rise in the rate of infection from a new strain of...