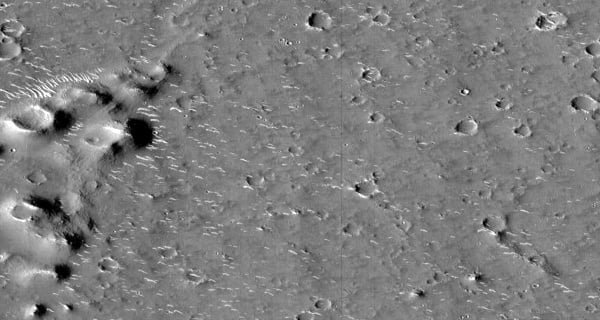 Beijing: The National Space Agency of China published pictures of Mars taken from the Tianwen-1 Probe probe of the country orbiting around Mars. is. The National Space Administration (CNSA) of China has said that these high-resolution photos have two ‘panchromatic views’ and a color photograph.

These panchromatic images were taken from a distance of about 330 to 350 kilometers from the surface of Mars with the high-resolution camera of the Chinese spacecraft Tianwen-1. State news agency Xinhua has quoted CNSA’s statement as saying that small pits, hills, and mounds on Mars are clearly visible in these pictures. The largest pit seen in the picture is estimated to be 620 meters in diameter.

It entered a predetermined orbit over Mars on 24 February and would release its landing capsule after orbiting it for three months.

Bought houses for the first 90 lakh for theft, then built a 20-foot-long tunnel...

27/02/2021/10:28:am
Jaipur: A unique theft was revealed in Vaishali Nagar police station area of ​​Jaipur, the capital of Rajasthan. The thieves have carried out a...

30/03/2021/9:13:pm
Singapore: The Transport Ministry of Singapore said on Tuesday that the discussion on mutual recognition of the Covid-19 Vaccine Certificate certificate was discussed without...