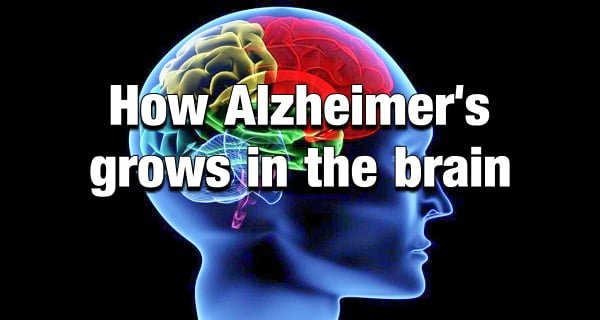 London: A large number of people around the world are affected by Alzheimer’s and other types of dementia, but progress in the world regarding its effective treatment is slow. This is also because still not much understanding has been made about the reason behind this disease or how it progresses. Recent research by George Misel and colleagues, published in Science Advances, analyzed data on Alzheimer’s patients using other areas of science. In this way, the researchers were able to make a better understanding of the process of stopping the progression of Alzheimer’s disease in the brain.

Its background can be explained by the way that in Alzheimer’s disease and other diseases related to the nervous system, proteins that are normally part of healthy brain cells tend to clump together in microscopic clumps. These start accumulating in the patient’s brain in the form of flakes, due to which brain cells start dying and symptoms related to memory loss start appearing.

As the number of these clusters increases, the disease progresses and can lead to death years after mild symptoms appear. Many processes may be responsible for the accumulation of these clusters, but till now scientists have not been able to know in detail how these clusters are formed and how they can be controlled.

Research on Alzheimer’s disease is often done on lab organisms such as mice. They are effective in studying the effect of genetic factors on disease, but research is not a good way to fully diagnose this disease. This is because Alzheimer’s usually takes decades to develop in humans, whereas studies on these organisms in the laboratory can only be done for a short time. To overcome this shortcoming, new research was done and it used physical chemistry, which is called chemical kinetics.

From this, it can be understood how the molecules interact with each other. For example, how bleach destroys colored molecules can be detected simply by looking at how fast the stains disappeared when bleach was applied.

Although understanding this in Alzheimer’s disease is complicated, a similar study was done to understand how clusters form in the brain of a person with Alzheimer’s.

The investigation was done using chemical kinetics for the last 10 years. The results showed that the protein clusters in the patients’ brains grew rapidly, which means that one cluster produces two clusters after a certain period of time, and then it becomes four-overtime, thus increasing. lives.

As it emerged during the Covid-19 pandemic, the spread may seem slow initially, but then suddenly starts increasing rapidly. Something similar happens in Alzheimer’s, in the patient, there are either no symptoms or partial symptoms, and during this time protein clumps are being formed which later start growing rapidly.

In this study, it was revealed that the human brain does a very good job of preventing the number of these clusters. It turned out that it took about five years for the clusters to double. Citing this study, it was pointed out that stopping travel between countries may not be a very effective step to stop the spread of the Covid-19 epidemic when there is already a significant number of infected people already in the country of origin.

Similarly, preventing the spread of clusters between brain regions may be insufficient to slow Alzheimer’s once it has started. Targeting the growth of these clusters in different regions of the brain is expected to be a promising strategy. Perhaps one day researchers will be able to do this and patients can get many more years of healthy living.

Black girl created history by winning spelling competition, there was a ban on participation

25/03/2021/9:21:pm
Seoul: North Korea test-fired ballistic missiles for the first time on Thursday after taking over President Joe Biden in the US. North Korea's move...