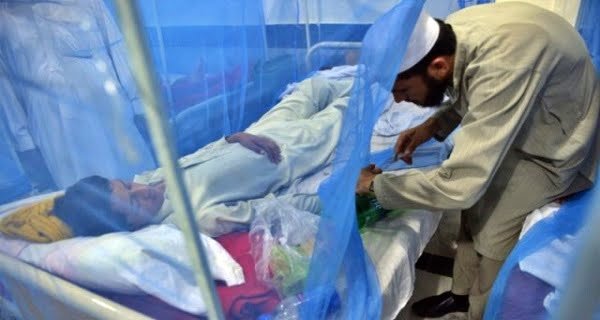 Islamabad: Due to the increase in the number of dengue patients in Pakistan, there has been a shortage of beds in hospitals. According to the news of Geo TV, hospitals in Punjab, Sindh, and Khyber Pakhtunkhwa provinces do not even have beds to lay patients. He has refused to treat the patients.

According to a report in The News International, the beds reserved for coronavirus patients in hospitals in Punjab are being used to treat dengue virus patients. A massive dengue virus campaign has been launched in Islamabad to tackle the alarmingly high level of cases in the city.

Meanwhile, the Punjab government has declared a medical emergency in public health facilities in Lahore due to the rising number of dengue cases. The decision was taken in a meeting chaired by Punjab Health Minister Yasmin Rashid, in which the challenge of preventing rapid breeding of mosquitoes in the state was considered. At the same time, concerns were expressed over the possible worsening of the dengue situation in the coming weeks.

The Provincial Health Department has also directed all the doctors who have gone on leave to return to their respective medical centers to deal with the rising cases of dengue. Punjab Health Secretary Imran Sikandar Baloch said, “The recent rains, as well as moisture in some of the top areas of Lahore and a lot of construction work, have provided a breeding ground for dengue, which has spread to the city and its surrounding areas. has taken it into its grip.”

24/05/2021/9:29:pm
Brazil: The outbreak of Coronavirus is being seen all over the world, different countries are fighting a war against Corona in their own ways....

Massive fire broke out in bogies of Durg Express train in Morena, no casualties

26/11/2021/8:16:pm
New Delhi: According to big news, two bogies of Durg Express going from Delhi to Chhattisgarh caught fire on Friday. This fire has started...

03/08/2020/11:12:pm
Bhopal: 750 new cases of coronavirus infection were reported in Madhya Pradesh on Monday and with this, the total number of people found infected...

01/12/2021/9:07:pm
Bollywood actor Sanjay Dutt has praised the culture, food, and people of Arunachal Pradesh. The actor has become the brand ambassador of the '50...