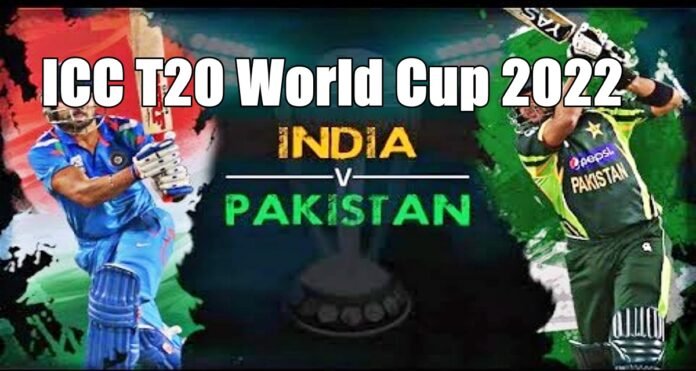 New Delhi: Recently, the International Cricket Council (ICC) has released the full schedule of the T20 World Cup to be played in Australia in October-November this year (ICC T20 World Cup 2022 Full Schedule). The tournament will run from October 16 to November 13. In this tournament, once again there will be a close competition between India and Pakistan.

Let us tell you that from October 16 to October 21, the matches of the first round of this tournament will be played. In this, Sri Lanka and West Indies will have to face the qualifier teams. After this, the Super-12 matches will start from 22 October. The first match of Super-12 will be played between the 2 finalist teams of 2021, Australia and New Zealand at the Sydney Cricket Ground. At the same time, India will face Pakistan in their first Super-12 stage match. This match will be played at Melbourne Cricket Ground.

For the Super-12 of the T20 World Cup 2022, the teams are divided into 2 groups. England, New Zealand, Australia, and Afghanistan are in Group 1. At the same time, India, Pakistan, South Africa, and Bangladesh are in Group-2. Apart from these teams, 4 more teams will join the Super-12 round after the result of the first round. At the same time, the matches of the Super-12 round will end on November 6. All India matches will be played in Melbourne, Sydney, Perth, and Adelaide.

This will be the complete schedule of India in T20 World Cup 2022
India will play its first match against Pakistan on 23rd October at Melbourne Cricket Ground. At the same time, India’s second match will be held in Sydney on October 27 against the runner-up team of Group A of the first round. On October 30, India will play their third match against South Africa in Perth. The fourth match will be played against Bangladesh in Adelaide on November 2. At the same time, India will play its last match of Super 12 in Melbourne on 6 November with the runner-up team of Group B.

India directly qualified for Super-12
England, India, Pakistan, South Africa, Afghanistan, and Bangladesh, along with defending World Cup champions Australia and runners-up New Zealand, entered the Super 12 stage of the tournament based on the ICC rankings.

24/04/2021/10:22:am
Ujjain: The pictures coming from the city of Mahakal Ujjain will shock your heart and mind. The situation here is becoming frightening due to...

23/10/2020/7:55:pm
Washington: Federal law enforcement officials have arrested a total of 15 students for illegally staying in the United States, 11 of whom are from...