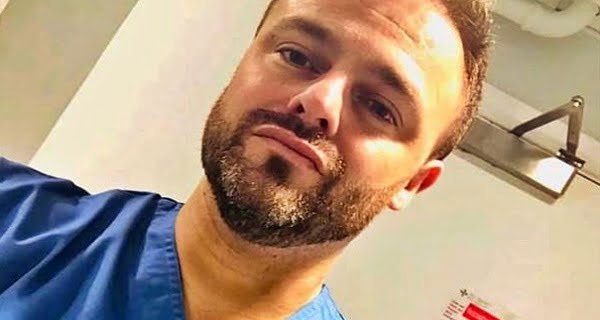 London: Despite taking the Pfizer vaccine, a shocking case of health worker getting coronavirus has been reported within a month. David Longdon is a nurse and works at the Princess of Wales hospital in Bridgend, South Wales. According to David, he had vaccinated the Pfizer Corona vaccine only on 8 December, but on 8 January he has been found to be Corona positive.

David was scheduled to receive the second vaccine for the Pfizer vaccine on January 5, according to the Daily Mail, but the government changed the rules and the date of the second vaccine was deferred due to the country’s population being given the first vaccine as soon as possible. David is currently being investigated and doctors are trying to understand how this is possible even after the vaccine is applied. David said that his infectiousness shows how much the government is worried about the medical staff working on the frontline. According to David, he was doing duty in the Emergency for several consecutive days, where many Kovid patients were admitted. Bridgend is among those areas in the country where fear of corona infection is highest.

I worry about family
David said in a conversation with the Daily Mail that he is worried about the family only because of how many more people have been affected by this infection. He said that his partners are diabetic and due to this they may face problems in case of infection. According to David, after taking the vaccine, I was confident that I was away from the infection and I did not take many precautions at home.

David’s condition is fine and he is currently under the supervision of doctors in self isolation. According to David, he only complains of headaches and colds. David said that he was feeling tired for the last three days due to which he got a test and he was found positive.

Will Kamal Nath resign? Said in rally – Achieved a lot, now I need...

14/12/2020
Bhopal: The Congress (Congress) in Madhya Pradesh is not taking the name of diminishing difficulties. In the same year, after the fall of a...

26/01/2021
Washington: Even after the departure of former President Donald Trump, US relations with China do not seem to be improving. President Joe Biden has...

08/09/2020
Mumbai: After three consecutive days of questioning by the NCB probing the drugs angle surfaced during the investigation in Sushant Singh Rajput, Sushant Singh...

15/09/2020
Lausanne, Switzerland:  Majority of adults surveyed believe science can solve critical global challenges.However, only half of respondents believe governments are doing a good job in...