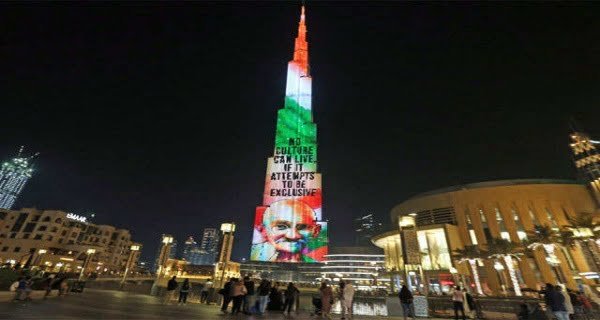 What’s in the video
It is seen in the video that different pictures of Mahatma Gandhi are being shown through the light. In one picture, he is seen spinning the spinning wheel. In another picture, he is seen holding a stick in his hand. Its video has been released on the social media page of the Indian Consulate in Dubai. The Embassy of India has also thanked Emaar Properties for this.

Shape your body: Use the Booty Step N Sculpt

How to change mutilated notes in banks, how much money is returned, know details

Serum also sought exemption from legal action, what will be its effect on vaccination?

03/06/2021/1:49:pm
New Delhi: The Serum Institute of India (SII) on Thursday also sought exemption from liability, amid reports that the Indian government has exempted Pfizer...

23/06/2020/11:31:pm
New Delhi: Tension has increased between India and Pakistan at diplomatic level. On Tuesday evening, the Indian Foreign Ministry summoned the officer of Pakistan...