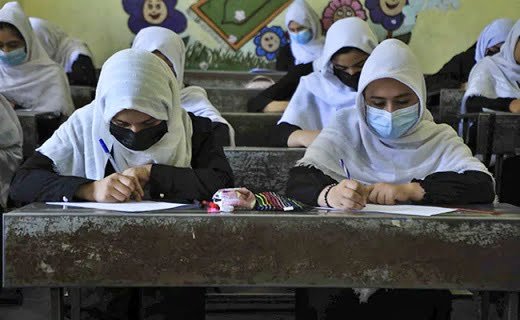 United Nations: A senior United Nations official has said that the Taliban told them they would “soon” announce that all Afghan girls would be enrolled in secondary schools. will be allowed. Omar Abdi, deputy executive director of the United Nations Children’s Fund (UNICEF), who visited Kabul last week, told reporters at the UN Headquarters on Friday that five of the 34 provinces of Afghanistan – Balkh in the northwest, Jawazzan And in Samangan, Kunduz in the northeast and Urojgan in the southwest, girls are already allowed to attend secondary schools.

He said the Taliban’s education minister told him they were working on “a framework” to allow all girls to continue their schooling beyond sixth grade, which would be “between one and two months”. ” will be issued. Abdi said, “Lakhs of girls of secondary school-going age are deprived of education for the 27th day in a row. During the 1996–2001 regime of the Taliban in Afghanistan, they denied girls and women the right to education and banned their work and public life.

Abdi said that at every meeting he urged the Taliban to “restore girls’ education” and called it important in the interest of the girls and the country itself. On his visit to Kabul, the UNICEF deputy chief also visited a children’s hospital, where he was surprised to see the number of malnourished children, some of them infants.

UN Secretary-General Antonio Guterres has urged the world to save the Afghan economy from collapse and help the Afghan people. Abdi also reiterated the secretary-general’s appeal, saying that “the situation in Afghanistan is serious and will only get worse.”

20/11/2020/11:04:am
Mumbai: Renee Sen, the eldest daughter of former Miss Universe and Bollywood actress Sushmita Sen, will make her career in Bollywood. Rini Sen is...

Farmers in MP will get 10 thousand rupees Samman Nidhi

Forced sex with wife is not rape: Chhattisgarh High Court