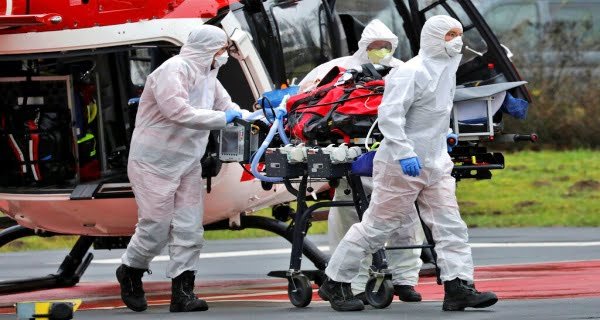 Berlin: Since the start of the Covid-19 epidemic in Germany, more than one lakh people have lost their lives due to coronavirus infection and it has become the fifth country in Europe to be included in this list after Russia, Britain, Italy, and France. . This information was given in the data released on Thursday. Germany’s Disease Control Agency said that after 351 people died of an infection in the last 24 hours, the number of people who lost their lives to the epidemic in the country has increased to 100,119.

Before Germany, more than one lakh people have died due to Covid-19 in Russia, Britain, Italy, and France in Europe. The Robert Koch Institute, the federal agency that collects data from 400 regional health offices across the country, said a record 75,961 new cases of infection were reported in Germany in the last 24 hours.

Amid increasing cases of infection in the country, the administration announced the formation of a new permanent expert group to advise on the prevention of the epidemic. Hospitals have said there are no more beds in the intensive care unit and some health care centers in the south and east of the country have begun to move patients elsewhere.

29/11/2020/10:23:pm
Mumbai: Actor Prabhas is currently working with Bhushan Kumar on an epic 3D action-drama, Om Raut-directed 'Adipurush' which revolves around the triumph of good...