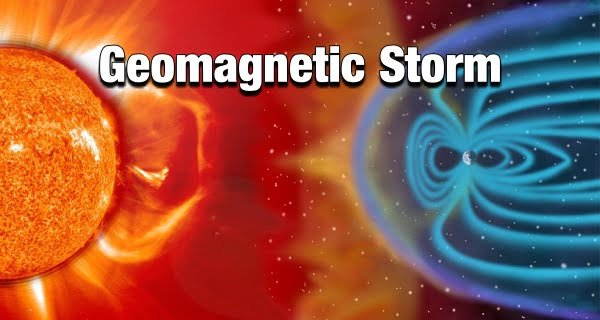 Washington: The Solar Dynamics Observatory of the National Aeronautics and Space Administration (NASA) has reported a bright glow from the Sun. Its effect will be that a Geomagnetic Storm or Geomagnetic Storm can hit the Earth on Saturday. However, it is being said that humans will not be troubled by this storm, but GPS and communication systems may be affected. The special effect of this storm can be seen in America.

On Thursday, millions of tons of ionized gas are reported to have been released from one of the five clusters of the Sun. The US Space Agency has informed that the X1 class flare emanated from the Sun on Thursday. NASA says that the X class shows the most intense brightness. However, the X2, X3 is even more intense. Due to this activity in the Sun, the radio system can also be affected.

According to media reports, the place in the Sun from where this flare has emanated, its name is AR2887. At present, it is at the center of the Sun and its direction is towards the Earth. It has been learned that the dangerous radiation emanating from the solar flare cannot pass through the earth’s atmosphere, which will not affect humans. But these radiations can cause upheaval in the part of the atmosphere where GPS and communication signals work.

When the target of these intense flashes is directly Earth, an explosion of solar particles may also accompany them. This is called coronal mass ejection. This solar storm has been considered as G3 on the scale of such events. The good news is that with respect to the power grid, there is little to worry about at this level.

31/08/2022/9:17:am
According to the Hindu calendar, Lord Ganesha was born on the Chaturthi date of Shukla Paksha of Bhadrapada month. There are many stories related...

13/05/2022/9:24:am
New Delhi: Due to the scorching heat in the country, the condition of the people has worsened. This time in the summer season people...

What is Pashu Kisan Credit Card Scheme, what are the benefits, how to apply...

19/10/2022/10:15:am
New Delhi: Pashu Kisan Credit Card Scheme was started by the Government of India for all animal husbandry farmers. The purpose of this card...

Xi Jinping will be in power till 2032, Congress can reassign the reins of...