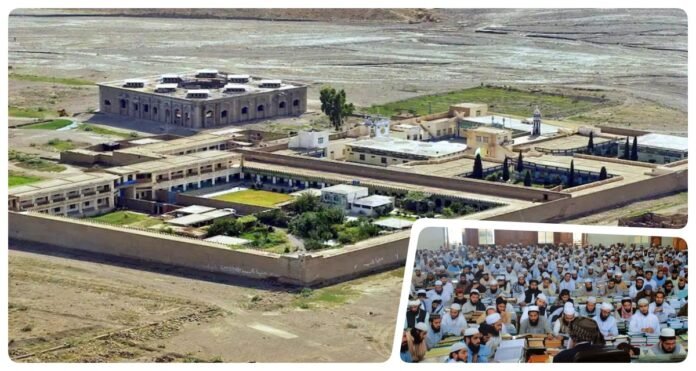 Islamabad: The future ministers of the new Taliban government of Afghanistan are taking political education from the madrassa of Haqqani Network, located about 60 km from the border. Known as the world’s largest Haqqania University, this madrasa currently has 4,000 students. Some of the ‘students’ who came out of this madrassa, the oldest and largest of Pakistan, are ministers in the current Afghan government. They are called representatives of the Haqqani network.

According to the New York Post report, the Haqqani network is trying to bring under its control another 3,000 madrassas in Pakistan. At present 1500 students are completing their final year studies in this madrasa. The Imran Khan government of Pakistan also gives financial help to this Haqqani madrasa. Defense experts believe that help is also provided to Pakistan’s terrorist organization TTP from this madrasa.

According to BBC Urdu, five leaders of the Taliban government have received training from the Haqqaniya madrassa.

VC’s claim – not the same as before, changed
At the same time, Rashid-ul-Sami, the vice-chancellor of the madrassa, claims that now the radical studies like two decades ago do not take place here. But keeping silent on women’s education, we count that now we have a computer lab here. The madrasa has volleyball, cricket, and volleyball grounds.

09/09/2020/8:58:pm
Mumbai: NCP chief Sharad Pawar on Wednesday named actress Kangana Ranaut without saying that his statements were being given undue importance. Pawar said that...

Trump’s refusal of digital debate with Biden, said – it’s just a waste of...

08/10/2020/9:13:pm
Washington: President Donald Trump has said not to participate in a debate with Democratic Party candidate Joe Biden next week on Digital Presidential Debate....

06/06/2020/9:00:pm
Uttar Pradesh government has issued guidelines for reopening religious places, malls, hotels, and restaurants which will be opening in the state from Monday. While...