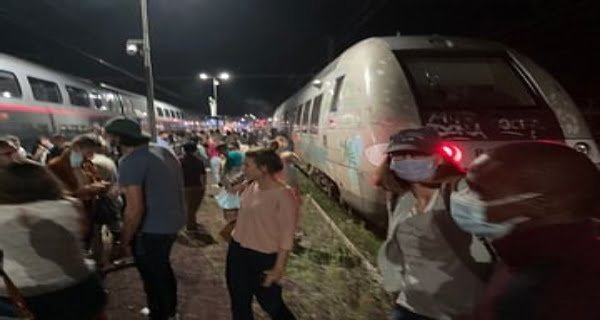 Paris: Thousands of passengers were caught overnight in high-speed TGV trains due to electricity supply problems in South Western France. They were longing for water, food, and fresh air. Angry passengers reported their tragedy on the social network. Many shared pictures of children sleeping on the floor of the train, while many told how challenging it was to be wearing a mask for about 20 hours in a row.

Broadcaster France-Info reported that many people were evacuated from there for medical reasons. The National Railway Authority SNCF apologized on Monday for “several power supply incidents”. The problem of power supply started from Sunday afternoon, due to which the rail traffic in south western France came to a standstill and travel from there to Paris was interrupted. The trains stopped on the tracks at night, which also affected other routes.

14/07/2020/4:25:pm
The raging coronavirus pandemic has the potential to get far worse if countries don't take basic healthcare precautions, the head of the World Health...

Tenants in America at risk of being evicted amid Covid-19

01/08/2021/8:27:pm
Washington: In the US, the nationwide eviction order is about to expire, threatening to force millions of citizens out of their homes amid the...

Corona will not end this year, IPL organized in another country:...