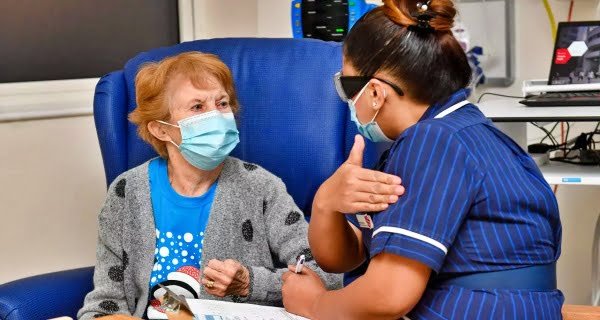 Paris: France has started a Vaccination Campaign against Corona Virus. In the same sequence, an elderly woman was first vaccinated on Sunday in a nursing home located in the northeast of the capital Paris. This area is one of the poorest regions of the country.

Aurelian Russo, head of the Paris area’s Public Health Services, said on Twitter that this is an important moment with high hopes. The 78-year-old maturities of the city of Severon were given the first vaccine in France. Later, the vaccination campaign will also be held at the Champaillot Home in Dijon.

Surveys show that there is little doubt about the new vaccine among French people. This is why the government is cautious and is not mandating vaccination. The government hopes that 2.7 million people will be vaccinated by summer.

The country has a population of 67 million. In France, 62,570 people have died due to the Coronavirus. Nearly a third of deaths occurred in nursing homes. So the government has decided to give the vaccine first to the elderly and health workers.

17/12/2020
Paris: France's President Emanuel Macron has been found infected with the Corona Virus. The LEC Palace, the presidential residence, told on Thursday that as...

06/07/2020
Bhopal: On Monday, 354 new cases of coronavirus infection were reported in Madhya Pradesh and with this, the total number of people found infected...

23/07/2020
Mumbai: Sitting in another country, Pakistanis encourage Kashmiri youth to carry guns, even funding such nefarious activities is not new. Some Bollywood celebrities have...

21/09/2020
United Nations: UN chief Antonio Guterres has reported that in the United Nations General Assembly this year, due to the epidemic, the first record...