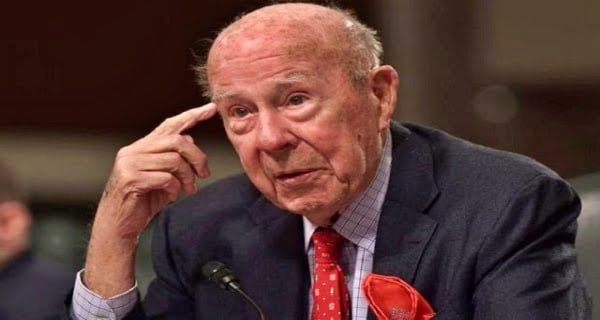 Washington: Former US Secretary of State George P Shultz passed away. He was 100 years old. He tried to improve relations with the Soviet Union and make peace in West Asia during the Cold War in the 1980s. He died on Saturday in a home located on the campus of Stanford University.

He was a Fellow at the Hoover Institution, a Thick Tank, and an Emeritus Professor at the Stanford Graduate School of Business. The Hoover Institution reported his death. The reason behind the death has not been given yet. A lifelong Republican, Schutz held several positions in the cabinet. He was Labor Minister, Finance Minister during the tenure of President Richard M Nixon. At the same time, he was the foreign minister during the tenure of President Ronald Reagan.

01/02/2021
Washington: There has been a discussion between the governments of India and the United States (India, US) about the F-15EX Fighter Jets, and information...

Why did America advise its citizens not to visit Pakistan?

27/01/2021
Washington: The US has issued a travel advisory for its citizens to revisit the plan to travel to Pakistan and Bangladesh in the wake...

The President of Turkmenistan erected a ‘gold statue’ of his favorite dog on the...

15/11/2020
You may have seen a lot of statues of leaders at the crossroads or in the park but have you ever thought that you...