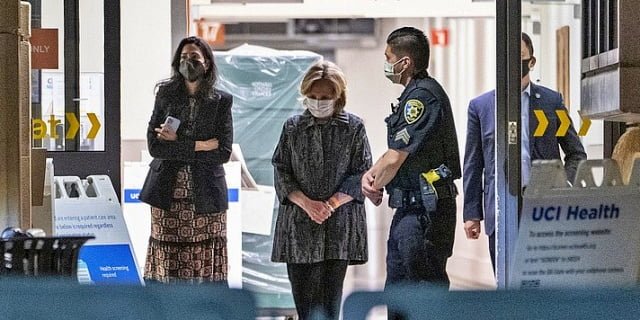 Orange (USA): The health of former US President Bill Clinton is improving steadily and he will soon be discharged from a hospital in Southern California, where He is undergoing treatment. President Joe Biden gave this information on Friday during an event at the University of Connecticut.

Biden said, “I have spoken to him and he is feeling better. His health is continuously improving. His condition is not serious at all. He is expected to be discharged from the hospital within a day or two.” Bill Clinton, 75, was admitted to the University of California Irvine Medical Center, southeast of Los Angeles, on Tuesday with an infection.

According to Clinton’s spokesperson, her infection is not related to Covid-19. An aide to the former president said Clinton had a urinary infection that had spread, but there was nothing to worry about. Clinton spokeswoman Angel Ureena said in a statement Friday that Clinton would remain in the hospital for an overnight stay.

“All indicators of the former president’s health care in the right direction, including his white blood count which had come down significantly,” Ureena said in the statement. Former President Clinton is feeling much better and his health is being monitored continuously. Apart from this, they are also getting proper care. The best wishes have been sent by people from America and around the world for his better health. We express our gratitude to them.”

Installation Completed of the World’s Most Powerful Solar Roof

08/10/2020/12:27:am
Amsterdam, Netherlands:  PVH Europe, the global headquarters of Tommy Hilfiger and the European offices of Calvin Klein, both owned by PVH Corp. , announces the installation of...

Jyotiraditya Scindia can be included in Modi cabinet!

26/08/2020/10:55:pm
New Delhi:The concerns of the veterans going marginalized in the BJP of Madhya Pradesh have further increased the meeting of Sangh chief Mohan Bhagwat...