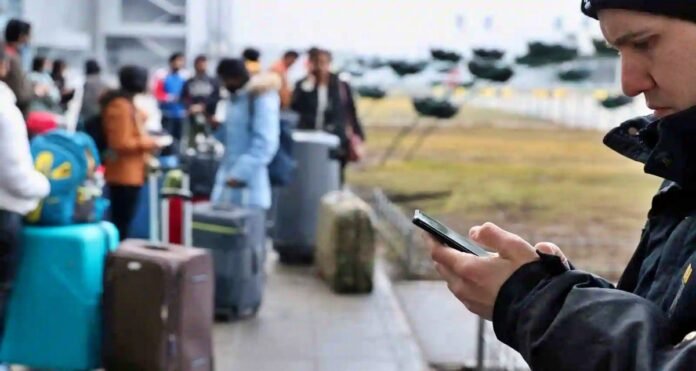 New Delhi: Indian Embassy has again issued an advisory for the people trapped in Ukraine. In fact, some Indians are still living in many cities including Kharkiv. Some of them want to return, while the rest have not approached the Indian Embassy for help. Another advisory has been issued to help them. Meanwhile, the body of Naveen Shekarappa Gyanagoudarm of Karnataka will reach Bengaluru airport on Monday, March 21. Karnataka Chief Minister Basavaraj Bommai himself gave this information. Naveen, a medical student from Karnataka, was killed in Ukraine in shelling during the Russo-Ukraine War. His body has not been brought yet. But now arrangements have been made to remove his body from the war-torn area.

Any Indian trapped in Ukraine can put his message on the phone numbers issued by the embassy. Apart from this, Indians in trouble can also apprise the embassy about their needs by e-mail. Let us tell you that the Indian Embassy in Kyiv is currently temporarily closed. These days the Indian Embassy has opened its camp office in Warsaw, Poland. India has rescued more than 22 thousand citizens trapped in Ukraine. But there are still some people trapped in Ukraine, who may need help. The Government of India has said that this operation will continue until all Indians return safely.

06/10/2020/11:39:pm
New Delhi: Festival Sale can be banned from e-commerce companies like Amazon and Flipkart. In fact, the Competition Commission of India (CCI) has approached...

16/10/2020/10:04:am
Beijing: China has strongly condemned the move by the US to appoint a special coordinator for Tibet cause. China said on Thursday that Washington's...

15/02/2021/10:54:pm
Mumbai: Bollywood actress Dia Mirza and Vaibhav Rekhi were married on Monday. After the wedding of Dia Mirza, who stepped into Bollywood from the...

Biden spoke to Afghan President Ashraf Ghani on the phone – America will continue...

25/07/2021/7:58:pm
Washington: US President Joe Biden spoke to his Afghan counterpart Ashraf Ghani on the phone and assured him that America will continue to help...

Zelensky said amid peace talks between Russia and Ukraine, will not...

Pakistan’s attitude, cabinet rejected the proposal of import of cotton and...