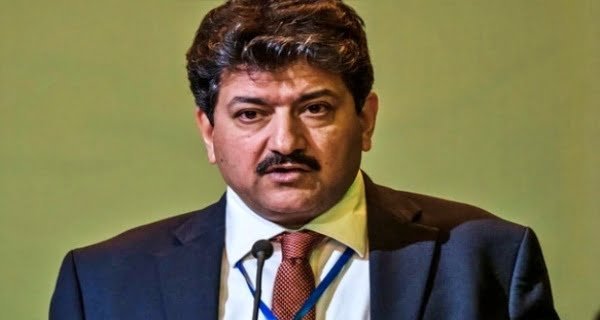 Islamabad: Pakistan’s top news anchor and journalist Hamid Mir was on Monday taken off air by the channel from anchoring its popular talk show. The reason for this ban on him is being attributed to the statement given by Mir in connection with the recent attack on a fellow journalist. In this statement, Mir was seen criticizing the Pakistani Army.

According to a report, Mir had recently given a fiery speech in the protest by journalists against the attack on Pakistani journalist Asad Toor and demanded the government to fix accountability in the attack. After this Mir has been sent on leave by the news channel.

Mir hosts a prime time show named ‘Capital Talk’ on Pakistan’s news channel Geo TV. Mir has told him on Twitter that sending him on leave is nothing new for him. He described the action taken against him as an attempt to suppress his voice and said that he would continue to raise his voice despite these consequences. Confirming the sudden action taken on Mir, he wrote on Twitter, “This is nothing new for me. I was banned twice before this as well. I have also lost my job twice before. I will not stop raising my voice for the rights given in the constitution. This time I am ready for any result and ready to go to any extent because they are threatening my family.

Regarding the action taken on Mir, journalist organizations and others have called it wrong and strongly criticized such action on him. The Human Rights Commission of Pakistan has also condemned the move. But till now no statement has come out from the Imran Khan government of Pakistan in this matter.

07/01/2021/10:11:pm
Colombo: Despite strong opposition from the minority Muslim community, the Health Minister of Sri Lanka on Thursday said that for those who died of...

Blind, tainted bullets fired at a woman working for a police station in Afghanistan

Formation of UP Special Security Force, arrest without warrant, search, including power received

13/09/2020/8:22:pm
Lucknow: Notification of the formation of UP Special Security Force has been issued by the government. UP SSF has been given a lot of...

02/07/2020/10:18:pm
The World Health Organization (WHO) has shared important information among the growing outbreak of Corona virus. The WHO warned that the condition of corona...