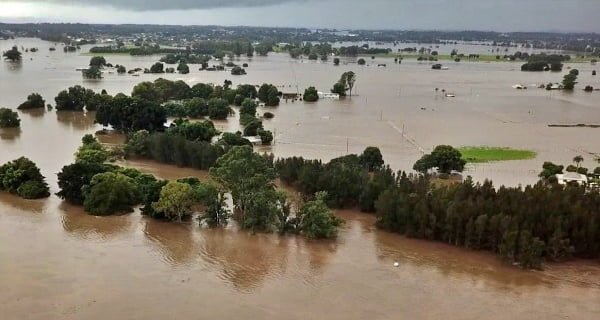 Melbourne: Storms and floods in southeast Australia have uprooted trees, trapped people in cars and homes, and leftover 200,000 homes turned off. Meteorologist Kevin Parkin said the state of Victoria and its capital Melbourne received winds of 119 kilometers per hour and up to 20 centimeters of rain on Wednesday night. There is no report of any serious injury. Tim Weibush, chief of the state emergency service, said Thursday also rained with strong winds and rivers were in spate.

220 homes east of Melbourne have been ordered to be evacuated. Officials said Australia’s second-most populous state has never experienced such strong winds and rain since 2008. Major roads have been closed due to floods, landslides, and the felling of trees. There is also a danger of falling electrical wires. In Victoria, more than 200,000 homes have gone out. Emergency services have received more than 5,000 calls for help, of which 3,500 were related to trees falling on homes and people trapped.

Police and the state ambulance service said a woman in her 40s was taken to the hospital. He suffered a head injury after a tree fell on his house. In Australia’s most populous state of New South Wales, on the northern border of Victoria, heavy snowfall on Thursday caused power outages to hundreds of homes.

30/08/2020/8:49:am
Micro-blogging website Twitter has announced to hide 'copypasta' tweets from its platform. Copy pasta tweets are those which are copied and paste from source...