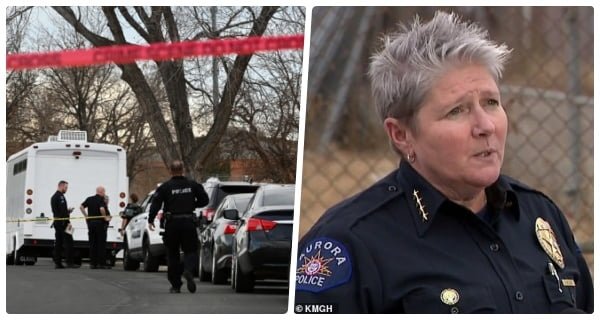 Aurora (USA): A shocking news has come out from America. There has been indiscriminate shooting in a park located near ‘Aurora Central High School’ in Aurora, Denver city here. About six children have been injured (6 Children Injured) due to this incident. However, according to the police, these injured children are not life-threatening.

According to Police Chief Vanessa Wilson, the injured children ranged in age from 14 to 18. He said that according to the evidence found at the spot, different types of guns have been used to carry out the incident. At the same time, he told that emergency surgery has also been done on one of the injured children.

School student Aria McClain (15) said she heard gunshots when she was walking towards the school’s football field. After which many bullets were fired continuously. Please tell that four boys and two girls have been injured in this incident. At the same time, during the firing, the children were asked to remain calm by locking them inside the class. It is also school protocol for situations like this.

13/08/2020/7:37:pm
New Delhi: Retail inflation rose to 6.93 percent in July. Inflation has increased mainly due to an increase in food prices. According to official...

21/08/2020/10:45:pm
New Delhi: Scientists and drug manufacturers around the world are making rapid efforts to find a safe vaccine against COVID-19. Union Health and Family...

10/02/2021/9:12:pm
Washington: Many stories of Adolf Hitler, one of the greatest dictators of history, are still heard and read. The dictator of Germany, Hitler's thinking...

Donald Trump can start his own site in preparation for a comeback on social...

22/03/2021/9:13:am
New York: Former US President Donald Trump is preparing to return to social media. The special thing is that this time he is about...