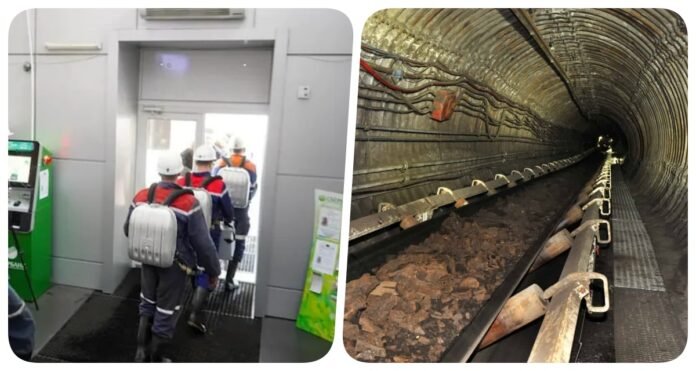 Moscow: On Thursday, 11 miners were killed and more than 40 people were injured after a coal mine fire broke out in a coal mine in Siberia, Russia. Some people are still trapped in the mine. Officials gave this information. Mine administrators told Interfax news agency that efforts to rescue people trapped in the mine were halted on Thursday afternoon due to fears of an explosion and rescuers were pulled out of the mine. The fire started in the Kemerovo region of south-western Siberia.

Russia’s state-run news agency Tas reported, citing an unnamed emergency official, that coal dust started the fire, and its smoke rapidly filled the Litsvyazhanya mine through a ventilation system. Kemerovo Governor Sergei Civilov said on his page on the messaging app Telegram that a total of 285 people were in the mine at the time of the incident. He said that 35 miners are still trapped in the mine. “49 people have been admitted to the hospital,” said Civilov.

Earlier on Thursday, Russia’s Acting Minister for Emergency Situations Alexander Chupriyan said 44 miners had been hospitalized with injuries. The contradiction in the number of injured in the information given by various officials is yet to be resolved.

President Vladimir Putin expressed his condolences to the families of the miners killed in the accident and asked the government to provide all necessary assistance to the injured. Putin’s spokesman Dmitry Peskov gave this information to reporters. In 2016, 36 miners were killed in a methane gas explosion at a coal mine in the far north of Russia.

In the wake of the incident, officials analyzed the safety of 58 coal mines in the country and declared 20 or 34 percent of them potentially unsafe. However, at that time the Litsvyazhanya mine was not classified as unsafe mines.

29/08/2021/11:09:am
New Delhi: Former Congress President Rahul Gandhi on Saturday asked the Indian Council of Historical Research (ICHR) to remove the picture of the country's...