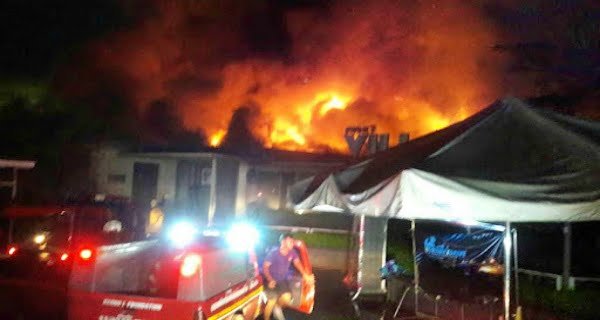 Bangkok: A nightclub was destroyed by a fire in the seaside resort ‘Pattaya’, southeast of Thailand’s capital Bangkok. Officials gave this information on Monday. This club is very popular among Indian tourists. Pattaya’s security agency chief Suptavi Onganoyang said the fire started on Sunday and there were no casualties.

The ‘Nasha Club’ was closed due to the lockdown implemented due to the coronavirus epidemic. Suptavi said the fire started from the ‘Nasha Club’ and spread around, causing damage to several structures. He said it took two hours to bring the fire under control. The cause of the fire is being investigated. It was informed on the Facebook page of the club that the fire had caused major damage.

UP board 10th and 12th examinations postponed, school colleges close to 12th till May...

15/04/2021/4:43:pm
Lucknow: Seeing the growing case of Corona (COVID-19 Infection), Chief Minister Yogi Adityanath has taken a big decision to postpone UP board exams (UP...