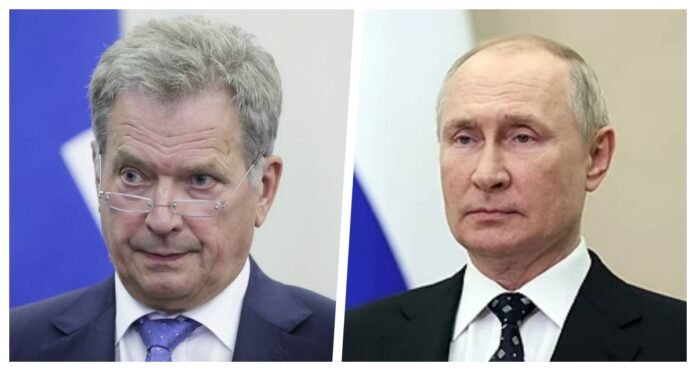 Kyiv: Ukraine, which stunned the world after nearly three months of fighting a Russian offensive, is buoyed by the victory at Eurovision, the international annual music competition, on Sunday and the expansion of the North Atlantic Treaty Organization (NATO). Finland decided to join NATO and top diplomats from the Western Alliance met in Berlin.

Finland’s president and the government announced on Sunday that their country was willing to join the Western military organization NATO, amid the ongoing Russian attack on Ukraine. This announcement by the Nordic country has cleared the way for the expansion of the 30-member NATO. President Souli Niinisto and Prime Minister Sana Marin made the announcement at a joint press conference at Rashtrapati Bhavan in Helsinki. With this, the number of countries that remain neutral in Europe will decrease further.

NATO Deputy Secretary-General Mircia Ziona told reporters, “Russia’s brutal offensive is losing momentum. We know that with the bravery of the Ukrainian people and army, and with our help, Ukraine can win this war.” Excited by the victory at Eurovision, the international annual music competition, Ukrainian President Volodymyr Zelensky spoke to the rubble-turned city of Mariupol. had called for organizing a one-day song competition.

‘Our courage stunned the world’
Ukraine’s Kalush Orchestra has won a popular competition for their song “Stephania”. The song became popular among the citizens of Ukraine during the war and receiving the award is a morale booster for the country. Zelensky said on Facebook, “Our courage has influenced the world, our music conquered Europe. Ukraine will host Eurovision next year.

The president’s optimistic remarks come as Russian troops are withdrawing from the country’s second-largest city, Kharkiv, after weeks of bombing. On the other hand, soldiers from Kyiv and Moscow are fighting for the eastern industrial zone of the country. Ukraine’s military said Russian troops were withdrawing from the northeastern city of Kharkiv and were now focusing their attention on protecting the supply route.

He said the Russian army launched mortars, artillery as well as airstrikes in the eastern Donetsk region to “target Ukrainian troops and destroy their barricades,” Ukraine’s Defense Minister Oleksey Reznikov said. “Ukraine is entering a new era of protracted war.”

The Azov Sea port city of Mariupol in the southern Donbas is largely controlled by Russia and some Ukrainian troops are hiding in a steel plant. A convoy of 500 to 1,000 vehicles carrying citizens from the city reached Zaporizhia city on Saturday. Ukraine’s Deputy Prime Minister Irina Vereshchuk said authorities were negotiating the evacuation of 60 soldiers seriously injured at the steel plant.

Russian President Vladimir Putin has turned his attention to the eastern Donbas region after failing to capture Kyiv after the February 24 attack. It is an industrial area where Ukraine has been fighting Moscow-backed separatists since 2014. The aim of the Russian army is to encircle Ukraine’s most experienced and highly skilled soldiers, who are stationed in the eastern sector. At the same time, its aim is to control the areas of Donbas and the rest of the territories occupied by Ukraine.

Airstrikes and artillery shelling have made it very dangerous for journalists to work in the eastern sector, impeding efforts to get a more complete picture of the war. Zelensky said Ukraine’s military had also made progress in the eastern region and recaptured six towns or villages. “The situation in the Donbas is very difficult and the Russian army is still trying to emerge victorious in some way or the other,” he said in an address on Saturday night.

Zelensky’s shout: step by step forcing the Russian army to leave Ukraine
“Step by step, we are forcing Russian troops to leave Ukrainian soil,” the president said. Kharkiv, near the Russian border, has been under heavy bombing for weeks. Regional governor Oleh Sinegubov said there was no bombing in Kharkiv the previous day.

He said Ukraine has launched an anti-aggression operation near Lyzium, a city south of Kharkiv. Oleh Zhdanov, an independent analyst for the Ukrainian military, said fighting broke out in the Sivsky Donetsk region near the city of Severodonetsk, but Ukraine failed to stop Russia’s advance. However, the Russian army suffered a lot in the attack on Ukraine.

At the same time, Zelensky has warned of a global food crisis due to the blocking of Ukrainian grain at the port by Russia. The war has raised concerns among other countries that their number could be next, and last week Finland’s president and the prime minister said they wanted to join NATO. Officials in Sweden are expected to make a decision on Sunday on whether they will join NATO.

Putin called Finnish President Souli Niinisto on Saturday, saying there was no threat to Finland’s security and that joining NATO would be a “mistake” and would mean “There will be a negative impact on Russia-Finland relations.

Going to NATO will bring peace and security to Finland
Finnish Prime Minister Sanna Marin said joining NATO would help guarantee peace and security for Finland. “We have waged wars with Russia, and we do not want such a future for ourselves or for our children,” he said.

Turkish Foreign Minister Mevlut Kavusoglu said he discussed Turkey’s concerns at Sunday’s NATO meeting, particularly Sweden and Finland’s alleged support for Kurdish rebel groups and their sanctions on arms sales to Turkey. “This is not because we are against the expansion of NATO, but because we believe that countries that support terrorism and pursue such policies against us should not be NATO allies,” he said. ‘

28/10/2020/10:16:am
New York: A federal judge on Tuesday rejected President Donald Trump's request to remove him as a defendant in a defamation case. He is...

Omicron spreading like wildfire, how will the new variant react in India, know expert...

06/01/2022/9:41:pm
New Delhi: As health experts had already expressed concern that the situation may become serious in January-February after the new variant of Covid Omicron...

11/07/2021/8:34:pm
New Delhi: SBI customers who have been looking to earn some extra money without taking the risk of putting their money in risky investment...

Coronavirus uncontrolled in many areas of Pakistan, ‘smart lockdown’ imposed