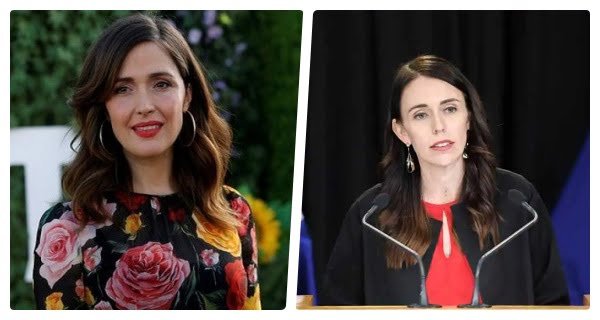 Wellington: A film on Prime Minister Jacinda Ardern’s reaction to the attack on New Zealand mosques and the killing of a large number of worshipers has sparked controversy. It is said that the film did not show the side of those who were killed in the attack.

Australian actress Rose Byrne is set to play Ardern in a film titled “They Are Us”, reported online Hollywood news magazine Deadline. In the film, the situation in the days following the 2019 attacks on two mosques in Christchurch will be depicted.

According to Deadline, the film will show how Ardern reacted to those attacks and how people took out rallies in solidarity and sympathy at his call. The film will also show how the Prime Minister succeeded in banning ‘semi-automatic’ weapons.

The film’s title is derived from Ardern’s speech after the attack which received worldwide appreciation. Many people in New Zealand are concerned with the making of this film. Aya al-Umri, the younger brother of Hussein, who was killed in the attack, expressed his displeasure on Twitter. Abdigani Ali, spokesman for the Muslim Association of Canterbury, said the Muslim community felt that the story of the attacks should be told, but we wanted to ensure that it was done in a fair, accurate and sensitive manner.

Writer and lawyer Tina Nagata tweeted that the power of a white woman should not be demonstrated in the context of Muslim murders. A brief statement issued by the Prime Minister’s Office said that Ardern or his government had nothing to do with the film. Byrne’s agent and Film Nation have yet to comment on the film.

21 laborers stranded in China due to waterlogging in coal mine

11/04/2021/8:55:pm
Beijing: A coal mine in the Northwest China region of China trapped 21 miners from flooding. The Xinhua Dialogue Committee reported that the mine...

29/07/2020/10:13:pm
Ayodhya: On 5 August in Ayodhya (Ram Mandir Bhoomi Pujan), the terrorist is hovering over the Bhoomi Poojan program of Ram temple construction. The...

09/09/2020/10:18:am
London: The ongoing fight against the coronavirus has received a major setback. A person involved in the human trial of AstraZeneca and the Oxford...