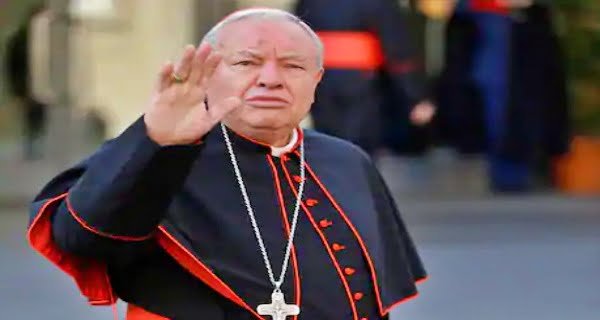 Condom, sex education, also opposed the use of birth control pills
He also opposed the use of condoms, sex education, emergency contraceptive pills. In August 2010, he intervened in the process of legalizing gay marriage in Mexico. He accused the Mexico Supreme Court judge of bribing the Democratic Revolution (PRD) and Mexico City’s PRD Mayor Marcello Eberard – saying the judge took the bribe so as to uphold the Mexico City law that allowed gay marriage and children. Legalized both adoptions.

PRD Mayor Marcello Eberard of Mexico City filed a defamation suit against him in Mexico City Civil Court after Sandoval refused to retract his comments. He has also made several objectionable comments on women. He said that women should not roam outside after being so provocative. This is why many rapes occur.

27/09/2020
New Delhi: Coronavirus infection cases in the central police forces under the Union Home Ministry have crossed the figure of 36 thousand and 128...

01/03/2021
Mumbai: Bollywood superstar Amitabh Bachchan is constantly in the news about his health. On Saturday, Big B suddenly told his fans about the surgery....

31/07/2020
New Delhi: The Supreme Court has currently banned the registration of vehicles with Bharat Stage-4 (BS-4) emission standards. The court on Friday directed the...

Dwarkadhish temple’s top flag broken, a major disaster is coming in the country?

09/07/2020
Saurashtra of Gujarat has been raining continuously for the last three days25 inches of rain in Dwarka, world-famous Dwarkadhish Temple flag brokenPeople are in...