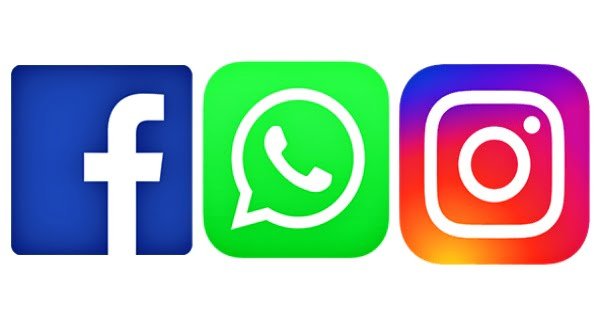 New Delhi: According to a major incident, the services of Facebook, WhatsApp, and Instagram were shut down globally on Monday night. Due to which crores of users around the world including India had to face a lot of trouble in using these digital platforms.

Not only this, the condition of these platforms became normal only after about 6 hours. The trouble started around 9 pm Indian time and services were restored around 3 Am on Sunday. At the same time, around 9 pm on Monday night, users complained that they are not able to use any of these three digital platforms.

Here is a post a few minutes before their service went online, Facebook said – “We apologize to the people around the world and the businesses that depend on us. We are working hard to restore our apps and services. Glad to announce that we are now online. Thank you very much for supporting us.” Meanwhile, Facebook’s head Mark Zuckerberg himself apologized, saying, “Facebook, Instagram, WhatsApp, and Messenger are now online. Forgive us for the trouble that happened today. I know how much you rely on our services to stay connected with those people.”

At the same time, when the services of all platforms were suddenly stopped, shortly after that, a Facebook spokesperson said, ‘We are aware that some people are having problems using our products. We are doing our best to fix this and try to get things back to normal as soon as possible and we are also sorry for the inconvenience.’ However, the company did not give any concrete reason for this problem globally Is.

Twitter floods with tweets, posts and memes shared
Hereafter the shutdown of WhatsApp, Instagram, and Facebook, many people are giving their different opinions on Twitter. Some people are calling it a DNS issue. But according to the report, the IP addresses of Facebook and Instagram have been removed from the global DNS server.

According to government data shared earlier this year, India alone has 53 million WhatsApp users, 410 million Facebook users, and 210 million Instagram users. Whereas cyber experts believe that this may not be a cyber attack. However, it is not yet clear what caused the problem.

14/09/2021/12:29:pm
Tokyo: Japan's Foreign Ministry asked its citizens on Monday to stay away from religious and crowded places in six South Asian countries, as such...

China is the world’s biggest prison for journalism, 127 journalists are in prison

10/12/2021/10:38:pm
Beijing: The international non-profit organization 'Reporters Without Borders (RSF) in a report has described China as the country with the most number of journalists...

03/10/2020/10:30:pm
London: Around 100 Indian students have registered for a new online course on diabetes at a British university. The course focuses on helping people...