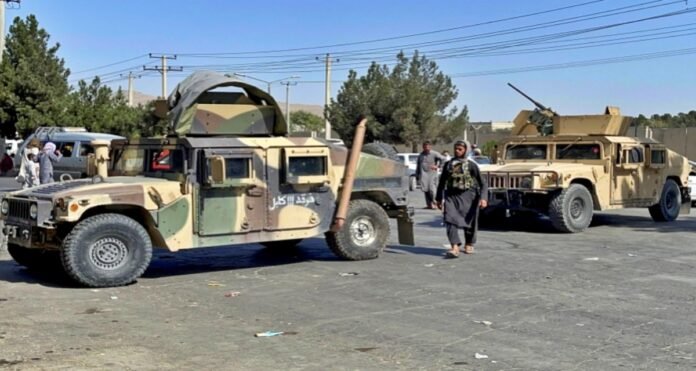 New Delhi: An explosion targeting an Islamic Emirate’s army vehicle in Kabul, the capital of Afghanistan, has injured nine people and two army personnel. The Ministry of Interior in Afghanistan has given this information. Giving information about this on Twitter, a spokesman of the Ministry of Interior said that the attack took place in Kabul. The explosion took place when army vehicles were passing by. According to preliminary information, 9 people and two security force personnel have been injured in the police district of Kabul. Still waiting for more information.

Nine children died in the blast on Monday
A day before this, on Monday, there was a massive explosion on the Pakistan border in Afghanistan, in which nine children were killed and four were injured. According to information received from the Taliban’s governor’s office, the blast occurred when a vehicle selling food in Nagarhar province hit an old, mortar shell. The blast took place in Lolapar district in Nagarhar state. So far no one has claimed responsibility for this incident. The province is the headquarters of the Islamic State group, a rival of the Taliban.

19/10/2020/10:04:am
Karachi: Leaders of the Pakistan Democratic Movement (PDM), at a rally here, said that Pakistan Prime Minister Imran Khan (Imran khan) is "unworthy and...