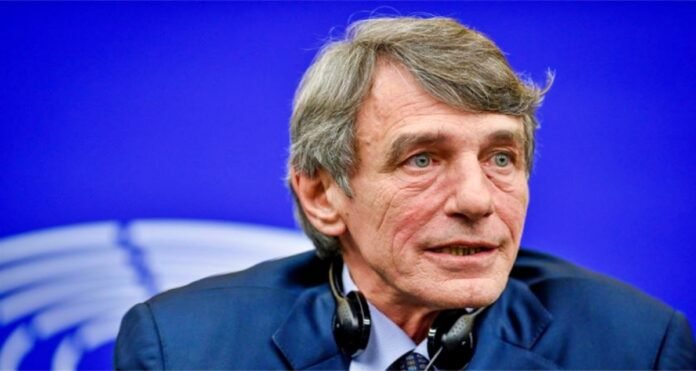 Washington: European Parliament President David Sassoli has died in a hospital in Italy. His spokesperson gave this information by tweeting on Tuesday. Spokesman Roberto Cuillo said in a tweet that Sassoli died at 1:15 pm on Monday in the north-eastern city of Aviano, Italy. No other information was given in the tweet.

Sassoli, 65, was elected president of the European Parliament for the first time in 2009. In 2014 he was elected Deputy Speaker of Parliament. He had decided not to run for re-election after lawmakers decided to vote to appoint his new president later this month.

Heavy devastation due to floods in Brazil, many people killed, thousands homeless

24/06/2020/7:52:pm
New Delhi: Many major decisions were taken in the Union Cabinet meeting chaired by Prime Minister Narendra Modi. Information about this meeting held on...

11/02/2021/2:30:pm
Everyone wants to be happy but keeps searching for the reason outside, while the reason for being happy is hidden inside themselves. Do you...