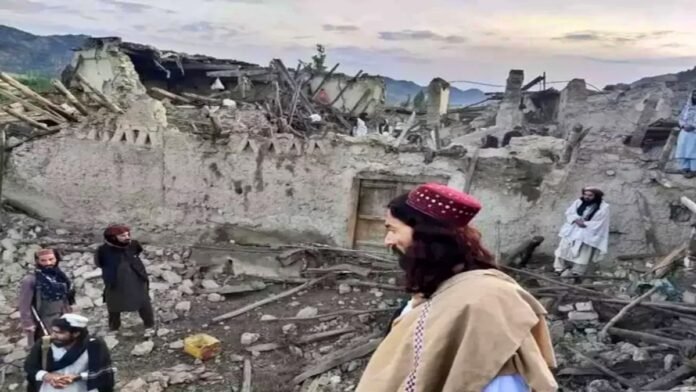 Government spokesman Bilal Karimi tweeted – Unfortunately, last night (local time) there was a severe earthquake in four districts of Paktika province. In which hundreds of our countrymen were killed and injured and dozens of houses were destroyed. We appeal to all emergency agencies to send teams to this area to prevent further devastation.

Afghanistan’s state news agency reporter Abdul Wahid Ryan said in a tweet that helicopters of security forces reached the area to pull people out of the rubble in the Barmal, Ziruk, Naka, and Gyan districts of Paktika province.

PM Cares fund ought to be underneath structure or it shouldn’t be known as...

27/04/2022/9:38:am
New Delhi: A petitioner within the Delhi High Court on Tuesday mentioned that "handy preparations" can not run underneath the regulation and the PM...

22/09/2020/10:54:am
Riyadh: Saudi Arabia on Monday released new details on how to slowly begin the pilgrimage to Mecca, a bandh that has been closed for...

Katrina Kaif-Vicky Kaushal to sell wedding photos, signed a deal worth crores with the...

03/12/2021/9:20:am
Mumbai: The marriage of Bollywood star couple Vicky Kaushal and Katrina Kaif is currently the most talked about topic in the media and among...

6.8 magnitude earthquake off the coast of Chile

Sardar ji did bhangra after getting corona vaccine

300 million vaccines were administered in US, 65 percent of adults...