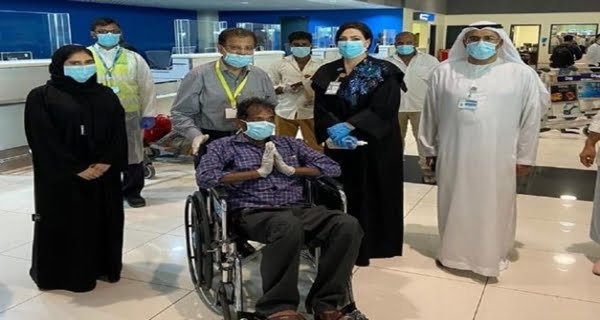 Dubai: An Indian laborer infected with a coronavirus at a hospital in Dubai forgave a bill of about Rs 1.52 crore because it was impossible for him to pay the amount. 42 years old, and Rajesh was admitted to the hospital in Dubai on 23 April after which he remained hospitalized for about 80 days and underwent treatment. Rajesh was working like millions of Indians in Dubai and was infected with Corona after which he was admitted to the hospital.

According to reports, Rajesh’s treatment bill was around 7,62,555 dirhams and the amount is about 1.52 crores in Indian currency. Gundelli Narasimha, President of the Dubai-based Gulf Workers Protection Society, who admitted Rajesh to the hospital, contacted the Indian consulate in Dubai and was requested to help. The consulate then wrote to the hospital management in Dubai requesting the labor bill to be waived on humanitarian grounds, on which the hospital generously waived its entire bill.

09/07/2020
New Delhi: Civil Aviation Ministry today said, India and the UAE have allowed their airlines to carry people authorized to travel between the two...

23/06/2020
New Delhi: The US has termed the Government of India attitude in the matter related to air operations as discriminatory. The US has said...

28/06/2020
Palghar: In Nalasopara area of ​​Palghar district of Maharashtra, a father committed suicide after cutting the throat of his 3 children by cutting his...