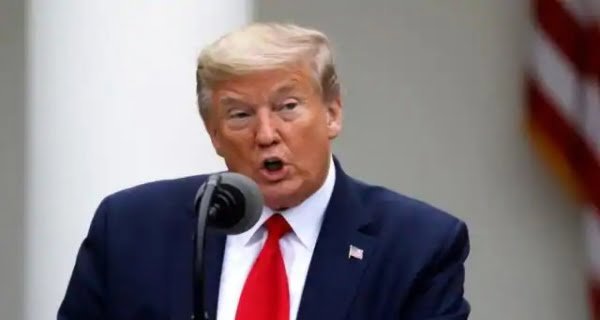 Washington: US President Donald Trump on Tuesday refused to take responsibility for the violent mob intrusion in the Capitol Violence last week due to his alleged incitement. “People think whatever I said was completely right,” Trump said. Trump made this remark for the first time in public after the violence in the Capitol.

He was scheduled to leave for Texas on Tuesday for his campaign against illegal immigration. However, there are only eight days left of his tenure and on the other hand, the exercise of bringing an impeachment motion against him in Parliament for the second time continues. In this impeachment motion, the outgoing president has been accused of “abetting treason” on January 6 through his steps. It said that Trump instigated his supporters to lay siege to the Capitol Building (Parliament complex) when the electoral college was counting and the process was disrupted as people raided.

Five people, including a police officer, were killed in the incident. Trump said on Tuesday that the “real problem” was not his rhetoric, but rather the narration made by Democrats in connection with the demonstrations of “Black Lives Matter” and the violence in Seattle and Portland this summer.

02/10/2020/11:32:am
Beijing: Millions of people took to the streets to celebrate National Day and Mid-Autumn Festival on Thursday as soon as the holiday season started...

Gautam Adani’s wealth increased the most in India amid corona crisis, find out how...

21/11/2020/10:57:pm
New Delhi: Despite the challenging economic crisis around the world amid the Corona Crisis, some companies and some entrepreneurs have performed brilliantly. According to...