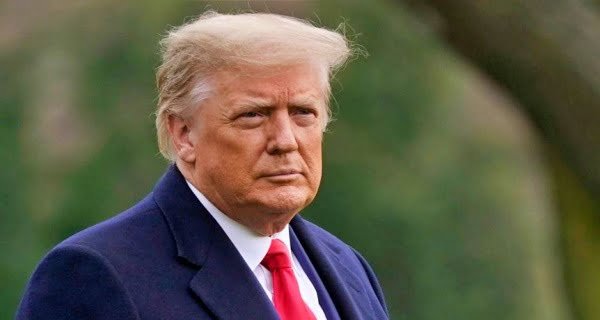 Washington: Outgoing US President Donald Trump on Wednesday had his last exit from the White House. Trump flew to Florida after flying from a nearby military airbase. Trump did not attend the swearing-in ceremony of his successor Joe Biden, breaking the tradition. 74-year-old Trump and first lady Melania Trump rode through a small red carpet across the lawn of the White House into Marine Forest and flew a short distance to Joint Base Andrews, from where he would fly to Florida in Air Force One.

Trump will be staying at his Mar-a-Lago resort in Florida. At the same time, newly elected President Joe Biden will be sworn in as the 46th President of America at 5 pm on Wednesday. Trump explained at Joint Air Force Base Andrews that it has been an incredible four years and we worked a lot together. I want to thank my family, friends, and my employees. Thank you for your effort. People do not know how hard this family worked.

Trump has reportedly planned to go to Mar-a-Lago a few hours before the sworn-in of the newly elected president on Wednesday morning.

In September 2019, the President changed his legal residence from Trump Tower in New York City to Mar-a-Lago.

The 74-year-old Trump, who lived in New York for a long time, bought the house in 1985 for $ 10 million and converted it into a private club that had been his winter home for the last four years.

Spread over 20 acres, the state has 128 rooms. A spectacular view of the Atlantic Ocean is seen in front of this estate and it is open to those who buy club membership.

08/06/2020
London: Protesters took part on Sunday in a further day of demonstrations across the UK following the death of George Floyd, an unarmed Black...

20/07/2020
New Delhi: According to Indian Air Force, the aircraft will be inducted at Air Force Station Ambala on 29th July subject to weather. On...