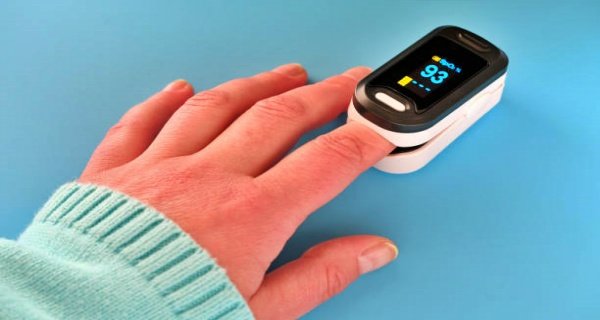 London: In the second phase of the Coronavirus Pandemic, there was a huge shortage of oxygen cylinders in hospitals around the world. In such a situation, Pulse Oximeters were a big help for corona patients living in Home Isolation. But now a controversy has arisen regarding the pulse oximeter. In fact, United Kingdom Health Secretary Sajid Javid has announced to start a review of medical devices including pulse oximeters used in the treatment of corona. Javid claims that the readings of the pulse oximeter are accurate in the case of people with darker skin. Pointing to the possibility, he said that this may have led to thousands of avoidable deaths during the Covid pandemic. Therefore, a review of other medical devices including pulse oximeter is being done.

What are the concerns about a medical device?
In the midst of the ongoing corona epidemic for almost 2 years, the role of a pulse oximeter for a patient of Kovid-19 is exactly the same as that of a thermometer for a patient with fever. However, experts have found that when it comes to people with darker skin, the readings from these devices are not accurate. The controversy is about this.

Reports say that this may be because these devices pass light through the blood. The effect of skin pigmentation can be seen only on the basis of how the light is coming. The BBC quoted Dr Michael Sjoding of the University of Michigan in the US, who led the study on the pulse oximeter, as saying: ‘At least twice, perhaps three times more often, the pulse oximeter device gave less accurate readings in the case of patients with darker skin. given.

This points to a possibility that the incorrect readings of the pulse oximeter caused serious problems in the treatment of a section of COVID patients. If the readings of the oximeter were accurate, then perhaps the lives of these patients could have been saved in time.

What is being done to overcome these problems in such medical devices?
UK Health Secretary Sajid Javid said the UK would partner with US officials to investigate systemic racism and bias in medical devices, as a way of arriving at an explanation. Under this, it will be seen why the pulse oximeter is giving relatively less accurate readings in the case of racial minorities and women.

However, the UK’s doctors’ union, the British Medical Association (BMA), has urged that the review should be viewed as “structural issues within health facilities” rather than studying concerns about medical devices, the BBC reported.

How can a medical device be a racist threat?
Announcing the review through an article in an English daily, Javid said such apprehensions also highlight flaws in the processes and mechanisms that inform medical science. According to Javid,
“Looking at the machine, it is easy to assume that everyone is getting the same experience, but technology has been created and developed by people. Therefore, there will be flaws in it, it cannot be denied. Of course, using these devices without full rules and irresponsible is another issue. So who is writing the code? How is a product tested? All this should come in front of the people.

So should we avoid using a pulse oximeter?
Experts recommend being more aware of devices like oximeters and limiting their use. UK authorities have updated guidelines for patients of different races, white, black, Asian and other communities amid faults in the oximeter. People of these communities can use the oximeter according to the new guidelines. But along with this, they should consult a professional healthcare expert.