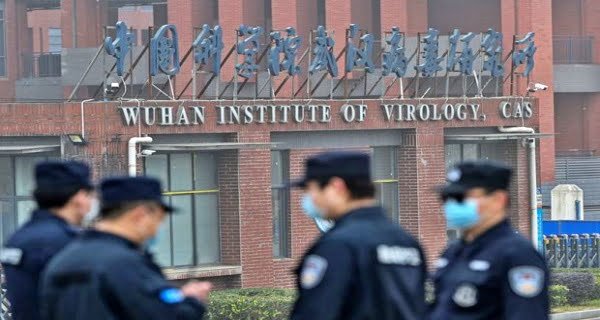 Beijing: It has been a year and a half spread of Coronavirus worldwide, but from where did this virus originate? The exact answer has not been found yet. Meanwhile, a US intelligence report claimed that three months after the coronavirus spread around the world, three staff of the Chinese Institute of Virology (Wuhan Institute of Virology) fell ill.

According to the news of the American newspaper Wall Street Journal, three researchers from Wuhan Institute of Virology fell ill in November 2019. He had to be taken to the hospital. In this intelligence report of America, detailed information related to the number, time and hospitalization of sick researchers of Wuhan Lab are given. This intelligence report from the US has come at a time when the World Health Organization (WHO) is going to have a meeting in which to discuss the next stage of investigation about the origin of the corona virus.

Earlier, a team from the World Health Organization (WHO) had gone to Wuhan to find out the facts related to the corona virus. During this time, the team also visited Wuhan Lab. After this, the WHO said that there is not enough facts to prove that the corona virus spread from Wuhan’s lab to the world.
According to a CNN report, China told the World Health Organization (WHO) on 8 December 2019 that the first patient with Covid-like symptoms has arrived in Wuhan. It was the Wall Street Journal that published the first reports of Chinese researchers being hospitalized.

A National Security Council spokesperson did not comment on the Wall Street Journal report. However, he said that the Biden administration has many serious questions about getting the first patient of Corona in China and the early days of this epidemic, which have not been answered yet. He said that the US government is working with the WHO and other member countries to find out about the origin of the corona epidemic, which is free from political interference.

The Wall Street Journal said that some current and former officials familiar with the information about the researchers at Wuhan Lab expressed several views about the credibility of the report. An official said that it needs further investigation and additional confirmation.

Let us know that in March last year, the United States, Norway, Canada, Britain, and other countries expressed concern about the WHO-led COVID-19 Origins Study. At the same time, America had expressed deep doubt on China about the spread of this virus. Former US President Donald Trump called the Coronavirus ‘Chinese virus’ and ‘Wuhan virus’. Trump also accused China of not fully supporting the World Health Organization team in the investigation and of hiding information related to the Wuhan lab. China had expressed strong objections to this.

The intelligence presently confirms that the virus may have come naturally. It may have reached humans through an animal, but it cannot be ruled out that the virus was the result of a leak from the Wuhan Institute. In this lab, research was done on the bats with coronavirus.

07/07/2020/4:16:pm
Mumbai: After the death of Bollywood actor Sushant Singh Rajput, the debate on the issue of Nepotism on social media has intensified. Amidst this...

09/01/2021/10:31:pm
Washington: Speaker of the House of Representatives Nancy Pelosi said that if President Donald Trump does not give 'immediate' resignation in case of inciting...

Gwalior station to be world-class, 8 companies shown up interest

28/06/2020/10:48:am
Gwalior: Gwalior was also included in the stations selected to make the major stations of the country world-class. According to the information received, 8...