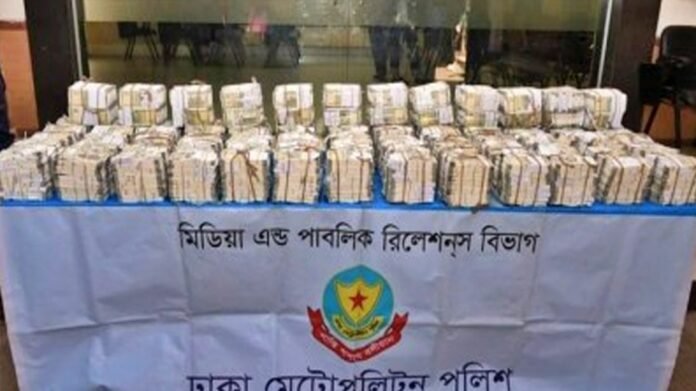 According to a report by All India Radio, more than 1,400 bundles of counterfeit notes were kept hidden inside a water tank in a house in Dhaka’s Dakshinkhan area. Let us tell you that the fake currency notes made in Pakistan were sent to Sri Lanka, from where they were taken to Chattogram port in marble containers. Its intention was to send it to India through the border areas of Bangladesh.

Deputy Commissioner of Police Ahmed Asaduzzaman told the media that this currency was made in Pakistan and was sent to Bangladesh through various routes. He said the arrested person, Fatima Akhtar, was an active member of an international counterfeit currency racket, which used to send counterfeit currency from Pakistan to India.

15/07/2020/11:44:pm
Mandla (MP): The family ground dispute took violent form on Wednesday afternoon in Maneri, an industrial area on the border of Mandla district, and...

UN emphasizes Buddha’s message of solidarity and service to others on the occasion of...

03/07/2020/7:44:pm
United Nations: UN Secretary-General Antonio Guterres emphasized Lord Buddha's message of solidarity and service to others, saying that only with global cooperation can all...

31/12/2020/10:15:pm
Buenos Aires: Despite Pope Francis' objections, Argentina has become the largest country in Latin America to legalize abortion. It is being described as the...