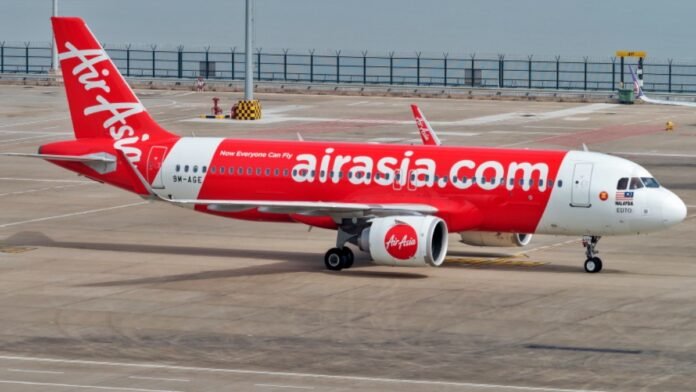 New Delhi: A ransomware operator gang ‘Dixin Team’ has stolen data related to 5 million passengers of Malaysian airline Air Asia and made its sample public. The airline was the victim of a ransomware attack on 11 and 12 November. Daixin claims that it has stolen the data of 5 million unique passengers and airline staff. The group has reportedly also issued a formal statement in this regard. The stolen data includes booking IDs and personal data of the company’s employees.

In a recent cyber security advisory by US cyber security intelligence agencies, suspicion of an attack on the healthcare sector was expressed. The Dyxin team was mentioned in this advisory. Significantly, no statement has come from Air Asia on this incident so far.

Message from Dyxin Team
According to the alleged release issued by the team, the information stolen includes name, date of birth, medical records, patient account number, social security number, and medical and treatment-related information. He has said that on the basis of this personal information many types of crimes can be committed. For example, opening new financial accounts, taking loans from banks, taking medical services and cheating people using health information, using the information to get government benefits, filing fake tax returns, and providing fake information to the police at the time of arrest, etc. . The team has said that Air Asia had accepted the cyber attack but could not agree on the ransom amount.

Cyber ​​attacks on the rise in Malaysia
According to the New Straits Times, the incidents of cyber attacks have increased in Malaysia in recent years. According to the news, some time ago the personal data of about 2.25 crore people was stolen from the National Registry. Apart from this, there was also a breach in the data of a payment gateway.

04/11/2020/9:29:am
Mumbai: Maharashtra Police on Wednesday morning detained Republic TV editor-in-chief Arnab Goswami from his home. Reportedly, the police have detained Arnab Goswami in connection with...

18/02/2022/8:33:pm
Chandigarh: According to big news, the matter of giving furlough to Dera Sacha Sauda chief Gurmeet Ram Rahim, who is serving a life sentence...

26/09/2020/10:41:am
Moscow: Russia's opposition leader Alexei Navalny, who is being treated in Germany, has thanked Russian pilots and health workers for taking immediate steps when...