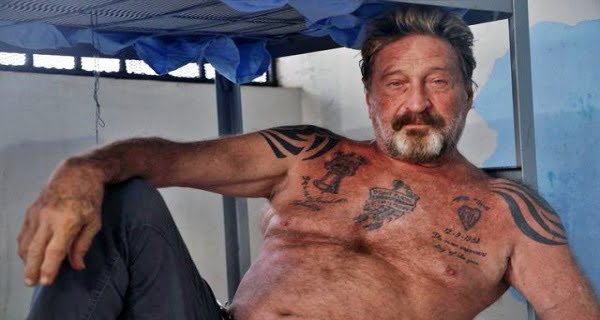 Madrid: John McAfee, the creator of McAfee Antivirus Software, has been found dead in a prison cell near Barcelona. A government official told this. Hours earlier, a Spanish court gave a preliminary injunction favoring the extradition of 75-year-old McAfee from Spain to the United States. McAfee faces criminal tax charges in the US. A statement issued by the regional Catalunya government said prison personnel did their best to save McAfee. The medical team of the jail confirmed his death (Spanish Prison).

Although McAfee was not named in the statement, it said he was a 75-year-old US citizen who was to be extradited to his country. However, government sources confirmed to the AP on Wednesday that the man who died was McAfee. Spain’s national court on Monday ruled in favor of extraditing McAfee. However, in his plea earlier this month, McAfee argued that the charges against him were politically motivated and that he would spend the rest of his life in prison if he was deported.

The court’s order was made public on Wednesday and the avenue for appeal against it was also kept open. The final order on extradition would have required the approval of the Spanish cabinet. McAfee was arrested in October last year from Barcelona International Airport on the basis of a warrant issued by the US state of Tennessee. A judge then ordered that McAfee should be held in custody until a decision on extradition hearings is reached.

Customers of these 8 banks should note, The old checkbook will not valid from...

Japan made the world’s fastest computer!

27/06/2020/10:20:pm
Japan's Riken Research Institute and Fujitsu Ltd. Has made the world's fastest computer. This computer is faster than the fastest computers in China and...