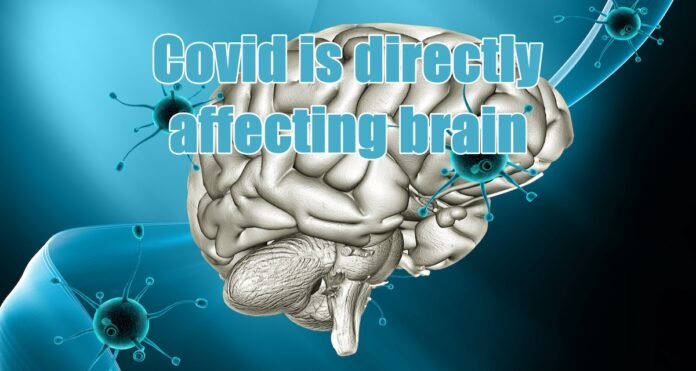 London: Coronavirus is also taking a serious toll on the brains of patients. Indications of this have been found in a recent study. It has been learned that Covid patients experiencing mild illness can still face ‘brain fog’, which can persist for up to 9 months. However, experts know that patients suffering from Long Covid can face difficulties in taking care of themselves.

According to the Daily Mail, according to the study published in the journal Brain Communications, 135 people were analyzed. During the study, all these people were included in 12 ‘brain games’ related to the brain. 40 percent of the people said that they have been infected with Covid. Of those infected, 7 had experienced severe symptoms. At the same time, two people told that they had a long Covid. Whereas, others said that they did not have any other problems related to Long Covid including fatigue, difficulty in breathing, pain.

The results obtained during the study were compared with the control group. Experts say that the Covid group performed well in terms of short-term memory working and planning, but their score was very poor in terms of remembering past events and maintaining focus on time. People who became victims of Covid found that their accuracy in a ‘brain game’ dropped from 75.5 percent to 67.8 percent within three minutes. At the same time, this figure came down from 78.5 percent to 75.4 percent among people who were not infected.

All the participants were called again after two months of the initial screening. This time he was asked for 11 more games. During this, the people involved were investigated regarding the performance of Immediate Memory and Delayed Memory. In a game, a person had to take care of 20 objects. Both the groups scored around 60 percent on average in terms of Immediate Memory.

However, in the long memory test conducted after 30 minutes, people who had been infected with Covid had to face a decline in remembering. Whereas, in the case of the second group, this result was quite the opposite. According to the report, the memory and attention of many people returned to normal after 6-9 months.

Dr. Shijia Zhao, an experimental psychologist at Oxford, said, ‘Surprisingly, even though people who have recovered from Covid are not experiencing symptoms at the time of investigation, they exhibited less attention and memory.’

07/07/2021/10:45:am
58 years to be precise — comprises unforgettable movies and moments that have forever lit the Indian silver screen. There has been only one...

Oxford scientist’s revelations on Omicron shocked, said – this is not disease which was...

31/12/2021/10:06:am
London: A British scientist and a professor at Oxford University has made a big disclosure about the new variant Omicron variant of the coronavirus,...