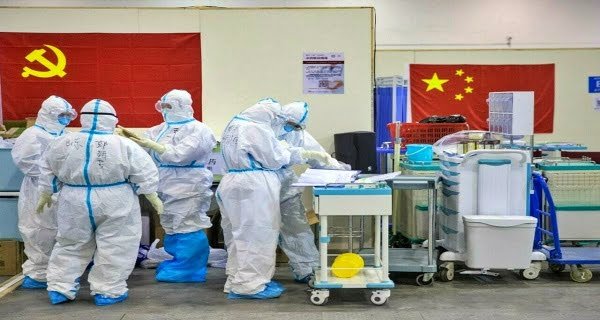 Beijing: Coronavirus Outbreak is spreading very fast in China. The epidemic has so far spread in 44 cities of 20 provinces. Corona infection has been confirmed in 918 people in the country. The National Health Commission claims that cases coming from outside in China are creating pressure. In such a situation, a reward has been announced for the person giving information about the corona infection in the city of Aihui, adjacent to Russia. The local administration has said that whoever helps in tracing the corona suspect or infected, will be given one lakh yuan i.e. 15500 dollars as a reward.

On Tuesday, 43 new cases of the Delta variant of Corona were reported in the country. Where corona restrictions are being removed and reduced around the world. At the same time, the zero covid policy is being adopted in Beijing. Strict rules have been implemented to prevent the spread of corona. The number of corona infections in the country has crossed 24.95 crores. 50.4 lakh people have died due to Covid.

A strict lockdown was imposed on 28 October after three cases were reported in the Aihui district, along with one local case of coronavirus. The local authorities have established strict control on the movement of the population. So far 200 cases of coronavirus have been reported in this city.

In addition, the counties and districts of Aihui have said that they have completely suspended the purchase of goods from abroad. This decision has been taken after residents of the city of Erenhot in the Inner Mongolia Autonomous Region of northern China tested positive after coming into contact with goods purchased from Mongolia. Five residents of Ehrenhot recently reported to the city’s epidemic prevention and control task force that they had received goods purchased from Mongolia that tested positive for COVID-19.

According to the agency, logistics and courier companies are ordered to seal the goods already received from abroad and store them in a specially designated area, after which they report to the local epidemic prevention and control authorities. Those who violate the order will be held accountable if they are responsible for the spread of coronavirus.

25/02/2021/2:38:pm
London: Queen Elizabeth II will appear on television on 7 March to celebrate the Commonwealth. During this time, she will issue a TV message....

25/09/2020/10:59:pm
Washington: US President Donald Trump said on Thursday that he hoped India and China would resolve the current border dispute. Also, he once again...

10/12/2020/3:19:pm
New Delhi: The country's largest car company Maruti Suzuki India will increase the price from January 1. The company said on Wednesday that the...

04/07/2021/10:33:am
New Delhi: The process of decreasing the number of corona-infected patients in the country continues. In view of the danger of the Delta Plus...