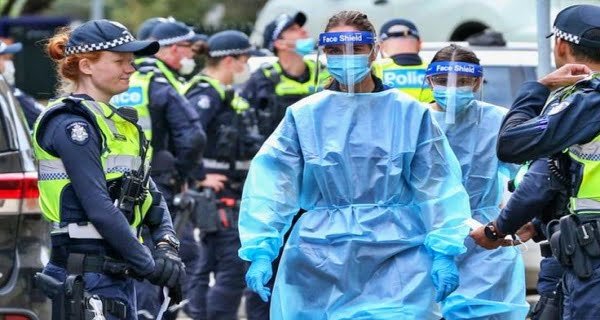 Sydney: The lockdown has been extended for another month in Australia’s largest city Sydney. The state government of New South Wales announced that the lockdown in the city with a population of 5 million will remain in effect until at least 28 August. This decision has been taken on Wednesday after 177 new cases of infection were reported in the last 24 hours. This is the largest number of daily cases since clusters of the infected were found in mid-June.

Gladys Berejiklian, the Supreme Leader of New South Wales, told reporters: “I am as sad and desperate as you guys are that we are not able to reduce matters as much as we should have done, but this is the reality.” More than 2,500 people have been found infected in a group since a driver of a limousine car was found infected with the highly infectious Delta variant on June 16.

The driver was infected after coming into contact with a member of the crew of a US plane he had taken in his car from Sydney airport. The death toll in the infected group reached 11 on Wednesday after a woman aged over 90 died in a Sydney hospital.

06/11/2020/12:23:am
Mumbai: The quiz show hosted by Amitabh Bachchan appears on KBC 12 with many interesting contestants taking part. So far only one contestant reached...

09/06/2021/10:19:am
Washington: Describing the current coronavirus situation in India as "very difficult", World Bank President David Malpass said on Tuesday that India had made good...