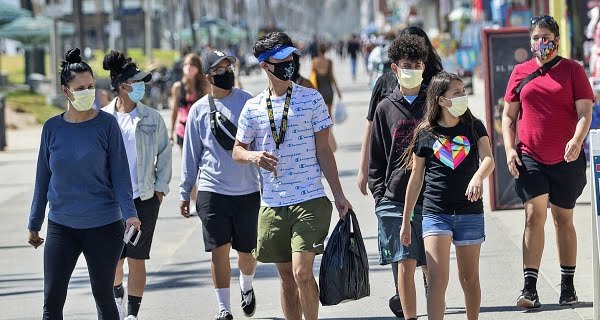 Fort Lauderdale (USA): The Florida Health Department said on Friday that the number of coronavirus cases in the state has increased by 50 percent this week. The cases of infection are increasing here for six consecutive weeks and this state is becoming the center of infection.

Earlier, Governor Ron DeSantis blocked a rule making it mandatory for school students to wear masks during classes starting next month. He had said that there is no evidence to suggest that masks are effective in preventing infection among students or school workers.

Last week, more than 1,10,000 new cases of infection were reported across the state, which is 73,000 more than the previous week and 11 times more than the week of June 11. Cases of infection have again become the same as they were before mass vaccination started in January. The Florida Hospital Association said on Friday that the number of hospitalized patients is the same as last year’s highest number of such cases. At present 9,300 patients are admitted to hospitals. Earlier, a maximum of 10,179 patients was admitted to hospitals on 23 July 2020.

409 people have died due to infection in the state this week and 39,000 people have died since March 2020. The governor says that the reason for the increase in cases is that people are staying in homes due to hot weather and the virus is spreading due to air conditioners. Nearly 60 percent of people over the age of 12 in Florida have been vaccinated.

06/08/2020/9:41:pm
New Delhi: Fake news and rumor-mongers are no longer on instant messaging app WhatsApp. This is because WhatsApp has launched a new feature to...

12/06/2020/12:26:am
Nowadays most people are troubled by obesity problems due to wrong eating and irregular lifestyle. Body fat also deteriorates due to the accumulation of...