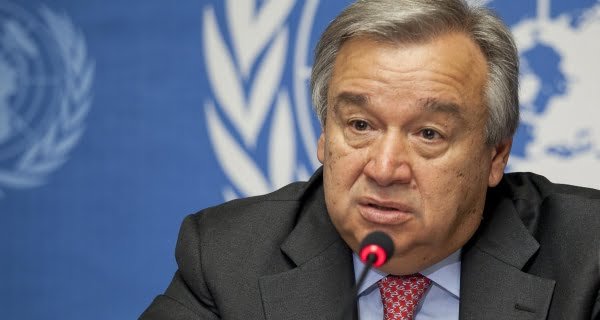 United Nations: The number of deaths from Covid-19 worldwide has crossed the 2 million mark, which UN Secretary-General Antonio Guterres expressed great regret and said The pandemic situation has worsened due to lack of global coordinated effort. He said that ‘Vaccine nationalism’ is a ‘suicidal’ attitude for the governments of various countries which will delay the world in dealing with this epidemic.

Since the outbreak of Corona Virus infection in late December 2019, the Covid-19 pandemic has spread to all corners of the world with 191 countries and different regions. The number of deaths due to the disease reached 10 lakh in September. In addition, the epidemic has had a large socio-economic impact, the loss of countless jobs worldwide, and the livelihood of people. Lakhs of people were hit by poverty and starvation.

Guterres said on Friday, “Our world has reached a heart-wrenching figure. The Covid-19 pandemic has killed 20 lakh people so far. This is a very sad thing. “

According to the Corona Virus Tracker at Johns Hopkins University, the deadly virus has killed 20,08,237 people so far and has infected 9,38,16,953 people worldwide. Guterres said the lack of a global coordinated effort made the deadly effects of the epidemic worse.

The UN chief has appealed to the world to work with greater solidarity in the memory of 2 million people who lost their lives in this epidemic. The UN chief said that safe and effective Covid-19 vaccines are starting to take place, but we are seeing a lack of vaccines elsewhere and it is a special responsibility of the world’s leading economies to have vaccines available in every part of the world Make sure. Meanwhile, Secretary-General’s spokesman Stephen Dujaric said Gutarase hopes to have the Covid-19 vaccine injected next week.

14/06/2020
New Delhi: In an effort to guard against fake news being circulated on various platforms, we bring you our segment on Fact Checking and...

28/08/2020
Gwalior: In the last ten months, the Central Region Power Distribution Company issued a notice to submit the bill every month to the crusher...

11/09/2020
New Delhi: The Election Commission of India on Friday has issued revised guidelines to make public the cases of candidates with a criminal image....