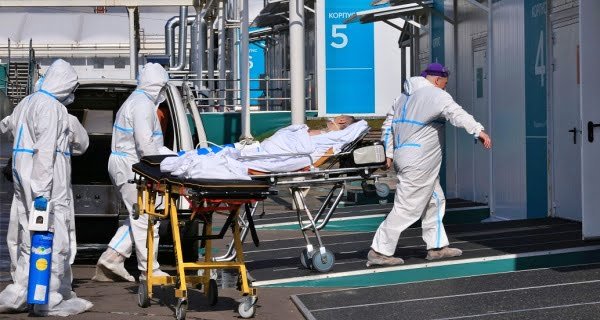 Moscow: On Friday, 1,064 people died of the coronavirus in Russia, which is the highest number of a day during the epidemic. According to the report of the Government’s Corona Virus Task Force, 37,141 new cases of infection were reported in the country during the last 24 hours.

With the death of 1,064 people in Russia on Friday, the total number of people who lost their lives in the country due to the epidemic has increased to 2,28,453, which is the highest in Europe. In view of the worsening situation of Covid-19 in Russia, President Vladimir Putin has declared a holiday from 30 October to 7 November.

An extended holiday is already underway in Russia. Russian officials believe that this step will help control the spread of infection. The government has also announced to the local authorities to tighten the restrictions at their level.

Significantly, for the past few weeks, cases are increasing every day in Russia. For the first time at the end of last week, the number of daily deaths had crossed one thousand. Vaccination rates in Russia are low. Of Russia’s 146 million population, only 45 million people have been vaccinated so far.

26/09/2020/10:41:am
Moscow: Russia's opposition leader Alexei Navalny, who is being treated in Germany, has thanked Russian pilots and health workers for taking immediate steps when...

05/01/2021/1:03:pm
New Delhi: Himachal Pradesh became the fifth state in India to have confirmed bird flu cases in the last week. This comes after the...

Commandant in charge in Guna shot himself with government pistol, wife died 6 months...

10/09/2020/8:43:pm
Mumbai: The trial in the Bombay High Court in the case of demolition in Kangana Ranaut's office at Pali Hill has been deferred till...