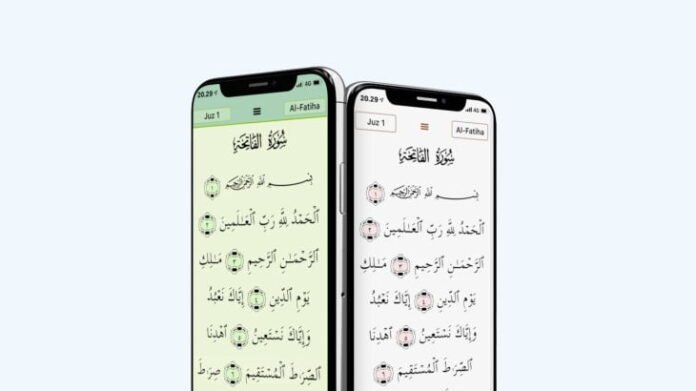 Beijing: The Apple company has removed the world’s most popular Quran app from its App Store in China. The company has taken this action after the request of the Chinese authorities. According to BBC news, ‘Quran Majeed’ is available on the App Store worldwide. It has over 1.5 lakh reviews and is used by millions of Muslims around the world. The BBC said that action has been taken against illegal religious material on the Quran app.

A website called ‘Apple Censorship’ was the first to notice the removal of ‘Quran Majeed’ from the App Store. This website monitors the apps present on Apple’s App Store.

App maker PDMS said that our app has been removed from the App Store in China due to the place’s illegal Islamic content. We are in touch with the Chinese authorities in this matter. The Quran app in China had about one million users.

The bad condition of Uighur Muslims
The Communist Party of China has officially recognized Islam religion in the country. Yet there are issues related to the human rights of Muslims. Incidents like the massacre of Uighur Muslims in Xinjiang, putting them in jails continue to make headlines in the Western media. Earlier this year, the BBC highlighted the news of the targeting of Uighur imams in Xinjiang.

Rockwell Automation Presents ‘India Inc. on the Move’ as an Opportunity for Businesses

06/09/2020/6:10:pm
Mumbai, Maharashtra, India:  The unimaginable impact of the pandemic across the globe has forced individuals and businesses to rethink their strategies, solutions, and the way...

Serbia gives a blow to Portugal, qualified for FIFA World Cup with Spain and...

21/02/2021/10:39:am
Islamabad: The Meteorological Department of Pakistan has warned that the drought conditions in Sindh and Baluchistan parts may worsen, due to which water in...