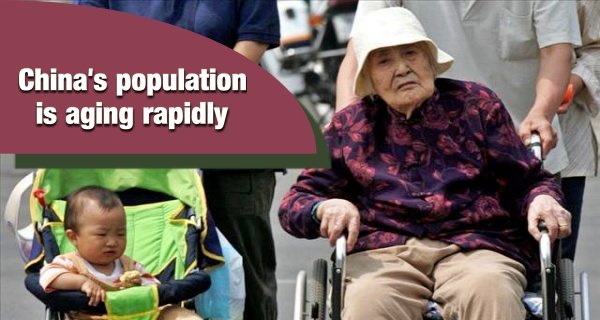 The most worrying thing for China is that even after all the government schemes, the natural growth rate in the country has come down to 1.45 per thousand in 2020, which is the lowest level in the last 43 years. According to experts, if this trend continues and the population decreases, then China may become old before becoming the richest country in the world. According to data from China’s Ministry of Civil Affairs, there were 58.8 lakh marriages in the first 3 quarters of 2021. Which is 17.5% less than the quarter of 2019.

The newborn child rate fell by 15% in 2020
In China, the newborn infant rate fell by 15% in the year 2020. About 1.03 crore children were born here in 2020. In 2019, this number was 1.17 crore. This issue could pose a serious threat to the world’s second-largest economy, as the age of working people is approaching retirement. China is troubled by the ever-decreasing number of youth and rapidly aging population.

Changed child policy in May this year
In May this year, China announced the removal of the old family planning policy by allowing married couples to have a maximum of 3 children. This rule was brought after seeing a decline in the number of newborn babies in the country for 4 years. Earlier in 2016, China had changed the one-child policy running here since 1970.

Why is the birth rate declining?
According to Huang Wenzheng, a demographer at the Beijing-based think-tank Center for China and Globalization, there are three main reasons behind the low birth rate. The first reason is the decrease in the number of women giving birth, the second reason is rapid urbanization and the number of people getting a higher education and the third reason is the Covid-19 restrictions including vaccination. Let us tell you that China is the world’s most populous country. And despite ending the decades-old one-child policy in 2016, China’s youth population is rapidly shrinking and the birth rate is declining.

The new parliament will be able to sit together 1124 MPs, may be launched...

Sale will start on Amazon, see which products will get discount

10/08/2020/8:46:pm
Kochi: The death toll due to landslide in the Idukki district of Kerala has increased to 48. Giving information on this, Kerala Chief Minister...