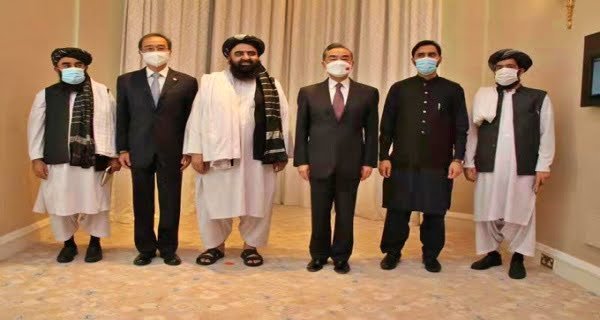 Kabul: China has been exposed to openly helping the Taliban government in Afghanistan. So far, one million US dollars has been given to the Taliban government of China. This was disclosed by Taliban spokesman Zabihullah Mujahid himself while talking to Tolo News. Mujahid has also said that China has promised another 5 million US dollars in aid to the Taliban in the coming days. Mujahid, however, made it clear that China’s financial aid is for humanitarian aid in Afghanistan, which specifically includes medicine and food.

Let us tell you that since the capture of the Taliban in Afghanistan and their government formation, there has been talking of coming forward to help especially Pakistan and China. At the same time, there is also talk of Chinese Foreign Minister Wang Yi meeting Taliban representatives during his visit to Qatar this week.

Chinese Foreign Ministry spokesman Wang Wenbin said in a daily briefing on Monday that the talks, scheduled for Monday and Tuesday during Wang’s visit, are the latest high-level contacts between the two sides and that “the situation in Afghanistan and the joint concern.” It will provide an opportunity to have an in-depth exchange of views on the issues of

According to a report, China has long opposed operations by US and NATO forces in Afghanistan while still benefiting from their presence. It has kept its embassy open in Kabul but has not recognized the Taliban as the government of Afghanistan. China has urged the Taliban not to provide a safe haven for freedom-seeking Islamist militants for the northwestern Chinese region of Xinjiang.

death body of the corona deceased was transported to the cremation center in a...

“Natkhat” must watch film by Vidhya Balan and Ronnie Screwvala

04/06/2020/2:55:pm
Delhi: Our homes have been our safe havens in these trying and lockdown times. Homes and parents have undergone a metamorphosis. Parents have taken...

06/10/2020/12:32:am
Milwaukee, United States:  Rockwell Automation, Inc. (NYSE: ROK), a global leader in industrial automation and digital transformation today announced that it has acquired Oylo, a...

21/10/2021/8:14:pm
New Delhi: The Supreme Court has taken a tough stand on farmers' organizations agitating against agriculture laws by blocking roads. The court had issued...

Attack on military airport with presence of US forces, 10 rockets fired

03/03/2021/4:25:pm
Baghdad: At least 10 rockets were fired on Wednesday, targeting a military airport in western Iraq with the presence of US-led coalition forces. Coalition...