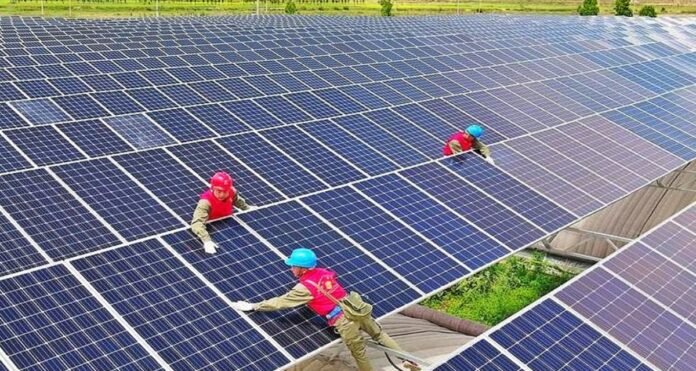 Colombo: After heavy opposition from India, China has stopped the construction of hybrid energy system projects in Sri Lanka. These hybrid energy systems were to be built on 3 northern islands, which are very close to India. Earlier in January, India had lodged a protest against the award of a contract from Sri Lanka to a Chinese company to build a solar power plant. Sri Lanka has recently awarded the contract for the construction of East Container Depot at Colombo port to a Chinese company.

Sri Lanka had earlier given the contract to build this container depot to India and Japan. China’s embassy in Sri Lanka had tweeted saying that the project to build a solar power plant on the northern islands has been canceled after a third country raised concerns about security. China has not named India as this third country. The Chinese embassy also said that the same company has won the contract in the Maldives.

The European Union will compete with China, this counter plan made for the Belt and Road project
The Chinese embassy said in a statement, “Cyanoa Sore Hybrid Technology has canceled work on the northern islands to build hybrid energy systems after third-party security concerns were raised.” The same company has signed an agreement with the Maldives on November 29 to build solar power plants on 12 islands. Earlier, Sri Lanka had refused to accept the first consignment of 20,000 tonnes of organic manure from China, citing poor quality. After this angry China blacklisted a bank in Sri Lanka.

Sri Lanka made an agreement to get fertilizer from India instead of China. India also supplied fertilizers to Sri Lanka immediately. In fact, in an effort to turn Sri Lanka into the world’s first completely organic farming country, Mahinda Rajapaksa’s government banned the use of chemical fertilizers. Immediately after this, the Sri Lankan government signed an agreement with China’s organic fertilizer manufacturer Qingdao Siwin Bio-Tech Group to buy 99000 tonnes of organic manure for about Rs 3700 crore. Qigdao Siwin Bio-Tech Group is specialized in manufacturing seaweed-based compost.

Harmful bacteria found in a sample of Chinese manure
After this, a ship named Hippo Spirit from China reached Sri Lanka in September carrying 20,000 tonnes of organic manure. The Sri Lankan government agency, the National Plant Quarantine Service, refused to accept the shipment, saying that a sample of the manure contained harmful bacteria. They can damage crops grown under the ground in Sri Lanka, such as potatoes and carrots.

Worship Maa Shailputri on the first day of Navratri, know the rituals and auspicious...

IPL Remaining matches will be held in September and October, announcement on May 29

23/05/2021/8:42:pm
Mumbai: Big information has been revealed about the Indian Premier League, the world's most famous cricket league. According to media reports, the remaining matches...

On raw materials for the Corona vaccine, the US said – first our citizens’...

28/12/2020/10:10:pm
New Delhi: The Chinese government is now taking steps to clamp down on technology companies. After the action of Jack Ma's company Alibaba Group...