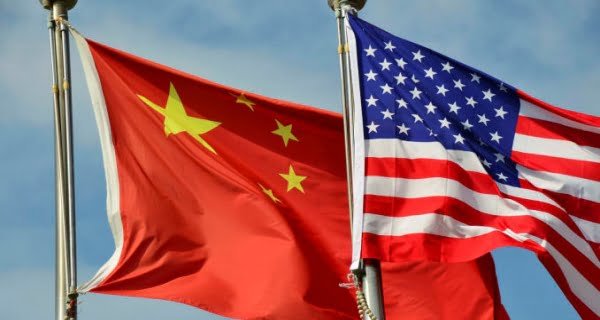 Beijing: Expressing concern over the collision of a US nuclear submarine in the South China Sea, China on Friday demanded that Washington give details of the incident and where the accident took place. Beijing alleged that the US insistence on conducting air and naval operations in the name of “freedom of navigation” was the reason behind the incident.

The US Navy’s Pacific Fleet said in a statement on Thursday that one of its nuclear-powered submarines collided with an underwater object in the South China Sea (SCS) last Saturday. Some of the marines aboard the USS Connecticut submarine were injured in the accident, but no one was seriously injured, the statement said.

It is not clear what the submarine collided with. The US Navy said in a statement, “The submarine is in a safe and stable condition. The nuclear propulsion plant of the USS Connecticut was not affected and is fully operational.” Responding to a question on the incident, Chinese Foreign Ministry spokesman Zhao Lijan told the media here, “China is seriously concerned about this accident. Worried.”

“The United States must provide details of the incident, including the location of the accident, the purpose of navigation, and whether there has been a nuclear leak and there is no threat to the local marine environment,” he said. that America’s insistence on conducting air and naval operations in the name of “freedom of navigation” is the reason for this incident. He said, “The US is delaying in disclosing the details of this accident. He is behaving transparently and responsibly.”

It is noteworthy that China claims most of the South China Sea. At the same time, the Philippines, Vietnam, Malaysia, Brunei and Taiwan also claim it. In the past few years, China has established several military bases in this maritime region and has deployed a large fleet of its naval ships and submarines. Referring to the incident, China also said that America’s decision to sell nuclear submarines to Australia would add to the nuclear threat in the region.

China also told the US that it should end its defense ties with Taiwan on reports that Taiwanese soldiers were being trained by American soldiers. China claims Taiwan as its part, while Taiwan calls itself a sovereign country.

20/06/2021/11:01:am
New Delhi: Monkeys have created a ruckus in the national capital of the country, Delhi. Their number has increased so much that even the...

23/08/2021/10:36:am
Kabul: After the occupation of Afghanistan, reports of barbaric and abominable antics of the Taliban are coming to the fore. Meanwhile, there are reports...

08/07/2021/9:33:am
Shimla: Former Himachal Pradesh Chief Minister and senior Congress leader Virbhadra Singh passed away in the early hours of Thursday after a prolonged illness....