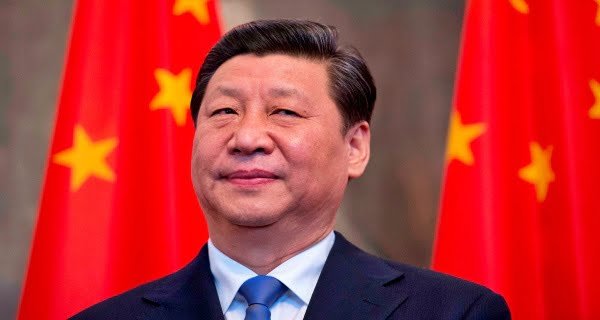 Beijing: President Xi Jinping of China, underlined his vision for the ruling Communist Party for the next 30 years, saying that in this period of unprecedented turmoil in the world And the wind is in China’s favor. Xi is China’s most powerful leader after Mao Tse Tung since coming to power in 2012.

Mao founded the Communist Party of China in 1921, which has been in power since 1949. The 67-year-old Chinese leader, while addressing the Communist Party cadres on Monday, said he believes that despite the many challenges including the Kovid-19 epidemic, supply chain disruptions, deteriorating relations with Western countries and a slowing economy, “time and The wind is in China’s favor. “

The first case of Corona Virus infection occurred in the city of Wuhan in central China a year ago. The virus has so far killed more than 19,44,750 people worldwide and the global economy has collapsed badly. The “South China Morning Post” newspaper published from Hong Kong quoted Xi as saying, “There has been worldwide turmoil that has been unprecedented in the last century.”

He said, “But time and wind are on our side.” This is where we show our strong belief and flexibility as well as our determination and confidence. ” Xi called for ensuring a good beginning to the creation of a fully modern socialist country. He said that the next three decades will be a phase of new development during which the people of China will undergo a radical change from being rich to strong under the leadership of CPC.

Analysts have received mixed reactions to Xi’s statements. While Western analysts have compared this to an announcement by French ruler Napoleon Bonaparte, Chinese observers said the speech reflected Xi’s faith in China’s political system and development.

07/08/2020
New Delhi: Professor Pradeep Kumar Joshi was appointed as the new chairman of the Union Public Service Commission (UPSC) on Friday. He has held...

24/12/2020
Karachi: At least eight people were killed and 30 others were injured in an explosion in a boiler of an ice factory in Karachi...

6 killed due to lightning in Odisha, more than 53,000 people were evacuated to...

17/08/2020
BEIJING: China said on Monday that it is willing to work together with India to increase mutual political trust, resolve their differences appropriately, and...

13/06/2020
The sanitizing chamber has been set up at Parliament Street Police Station. New Delhi: DRDO's move came after Delhi Police gave their requirement for sanitizing...